Just two years ago they were calling him the “Designer to Watch” well
as everyone knows by now, Alexander Wang, the 28-year-old wunderkind of the fashion world, was named creative director of the renowned fashion house Balenciaga. 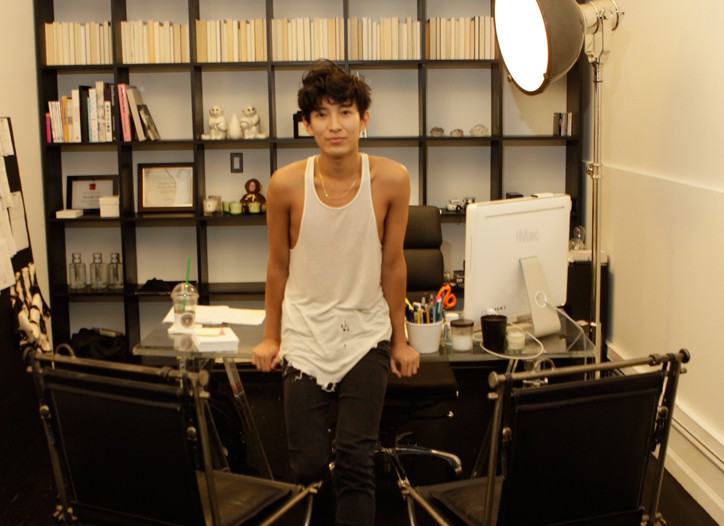 BALENCIAGA was started in 1918 by Cristobal Balenciaga.  The brand is now one of the strongest French fashion brands in the world.

Alexander Wang after dropping out of Parson’s his Sophmore year in 2007  started his own line in 2008.  The label embodies casually cool downtown style, drawing inspiration from the nineties, French chic, and rock grunge—always finished off with a slouchy, rolled-out-of-bed edge. Wang launched a diffusion line of pre-weathered cotton tees, tanks, and T-shirt dresses in spring 2009, T by Alexander Wang, as well as a footwear collection of towering platform sandals. He won the CFDA/Vogue Fashion Fund in 2008, an honor accompanied by a $200,000 award to expand one’s business.

According to François-Henri Pinault, chairman & CEO of PPR, the French multinational holding company that owns Balenciaga, Wang is the right person at the right time for the for a number of reasons, including his design sensibilities, street savvy and ability to generate buzz. He said that Wang was chosen to continue the transformation of the venerable brand into modern luxury. Something that former creative director, Nicolas Ghesquière, had done during his 15 years at the helm.Pinault said the decision to hire Wang was his and he plans on working closely with the designer, as he does with all of his creative heads. He said he was looking for not just a great talent but someone who understood what he referred to as the brand’s DNA. Someone who was willing to place his personal signature on the brand without undermining its legacy as a fashion house founded in 1918 by Cristóbal Balenciaga as well as the modern direction of the brand during the past 15 years by Ghesquière.

some information provided by FORBES