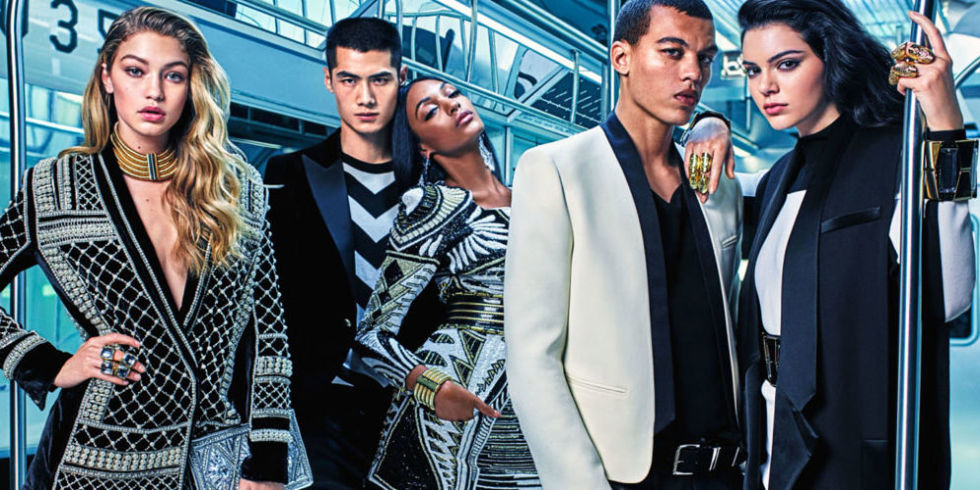 I wonder how many new followers she received?

With less than a month until the highly-anticipated Balmain x H&M collection debut, 99 images of the collaboration appear to have leaked online. Instagram user Kathryn Swartz Rees stumbled upon the collection’s still-life photos on H&M’s site through a Google index fluke and then shared the line with her followers, reports Fashionista. Amongst the 99 images are apparel, accessories, outerwear, and the looks worn by Gigi Hadid, Jourdan Dunn and Kendall Jenner in the official ad campaign. Get your first look at the Olivier Rousteing designed collection below:

A little back up…….H&M has unveiled their  campaign for their highly-anticipated designer collaboration with Balmain in September. The ad stars Olivier Rousteing’s go-to model girl gang—Gigi Hadid, Jourdan Dunn and Kendall Jenner appearing alongside male models Hao Yun Xiang and Dudley O’Shaughnessy on a subway car (because they are budget-friendly, of course).  Rousteing’s casting comes as no surprise as Jenner and Dunn were the first to debut the H&M x Balmain collection at the 2015 Billboard Music Awards last May. The collaboration will hit stores on November 5.