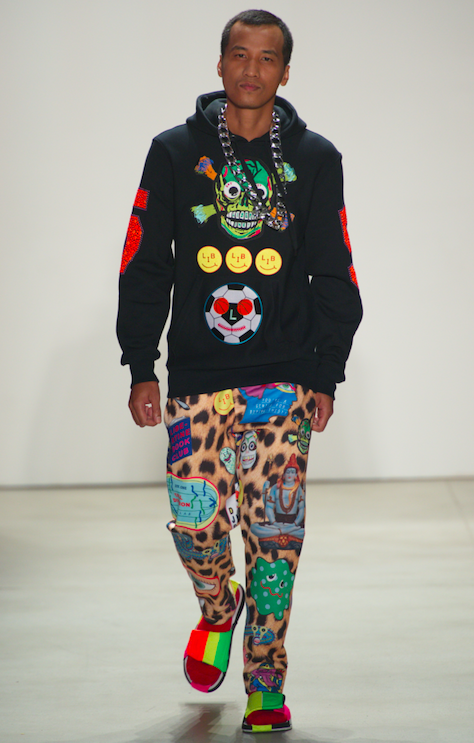 NYFW buzz is not over!

I love hearing stories like this.  It’s so cool.

An unexpected newcomer hit the runway at New York Fashion Week at the Libertine Spring 2016 show. Sophon Aur, long time housekeeper at Hudson Hotel, was scouted while taking out the trash at the Libertine’s NYFW pop-up showroom at the iconic fashion staple, Hudson. The 33-year-old, who has worked at Hudson Hotel as a housekeeper since 2003, immediately caught the eye of Libertine designer Johnson Hartig, who loved his look so much he asked, “What are you doing tomorrow night?” Talk about being in the right place at the right time! “They told me to just walk, look straight and don’t go too fast or too slow. So that’s what I did. It’s like when someone asks you to go to a party, you go to the party,” said Sophon.  A few practice runway walks and it was showtime. The star of the show, who rocked a black hoodie and leopard-print sweatpants decked with quirky images, and fluorescent slides, was a natural. “I was so proud of Sophon’s moment, I started to tear up a little,” Hartig said after the show.