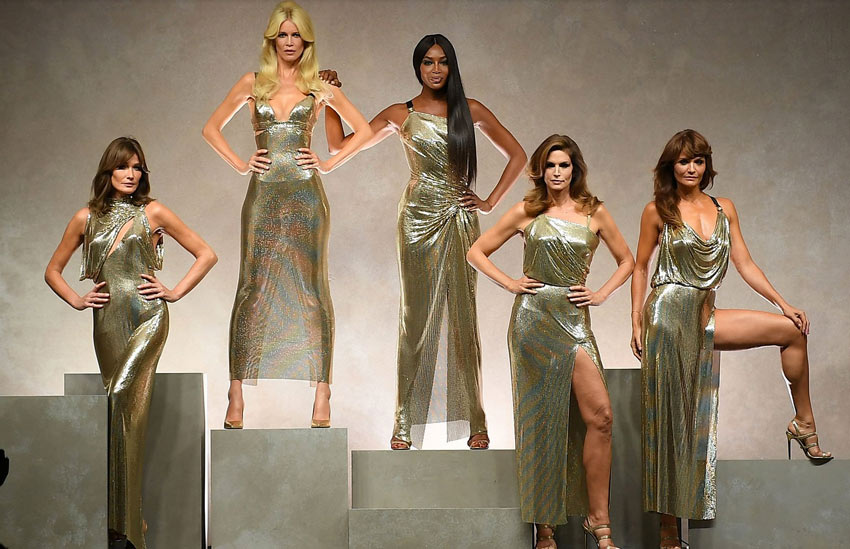 In a Tribute to her brother’s death Donatella Versace dedicated her latest show to his iconic pieces…including some iconic faces who helped launch the brand’s success so many years ago and of course in keeping with Versace tradition all the majors in present walked as well..Bella & Gigi Hadid, Kaia Gerber and of course Kendall Jenner.

This year marks the 20th anniversary of the murder of Gianni Versace in broad daylight in Miami Beach. This tragic fact has brought the late designer back into the public eye, most notably as the subject of Ryan Murphy’s next American Crime Story, set to air on FX next year. Donatella Versace chose to stage her Spring 2018 show at Milan’s Triennale museum as a tribute to Gianni’s inspirations and creations, to celebrate “a genius . . . an icon . . . my brother.” She wanted the focus to be on his life, not his violent end, but also his feminist leanings and the eternal relevance of his designs.

And so, for the first time since assuming creative direction of the company, she pulled directly from archives the key prints and pieces from the years 1991–95, the period that saw some of Gianni Versace’s most iconic collections: Vogue, Warhol, My Friend Elton, Icons, Baroque, Animalia, Native Americans, Tresor de la Mer, Metal Mesh, and Butterflies. From each of these print motifs, Donatella Versace remade and reinterpreted the blouses, square-shouldered jackets, leggings, catsuits, corsets, trenches, mini sheaths, and maxi skirts. Not to mention high-waisted jeans, logo tees, fanny packs, and jeweled stiletto boots. Each thematic grouping was rendered in a full capsule collection so that one can, say, have a full wardrobe of Vogue cover girls to wear day to night, or starfishes, or the faces of Marilyn Monroe and James Dean. One piece—a black-and-white ball skirt worn originally by Naomi Campbell in the Native American collection (Fall ’92)—was literally from the archives as the work on it was such that it could not be replicated in time for this show (where it was worn by Natasha Poly). Naomi did make an appearance in gold chain mail (Metal Mesh, Fall ’94), flanked for the finale by Carla Bruni, Cindy Crawford, Claudia Schiffer, and Helena Christensen, to the chorus of George Michael’s “Freedom! ’90.” 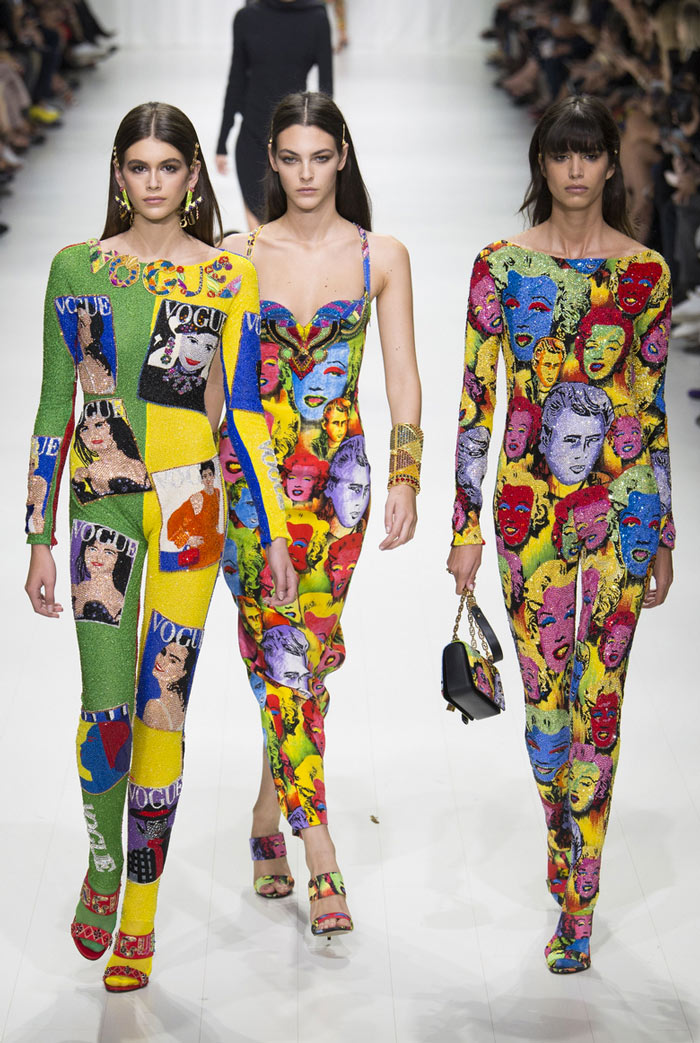 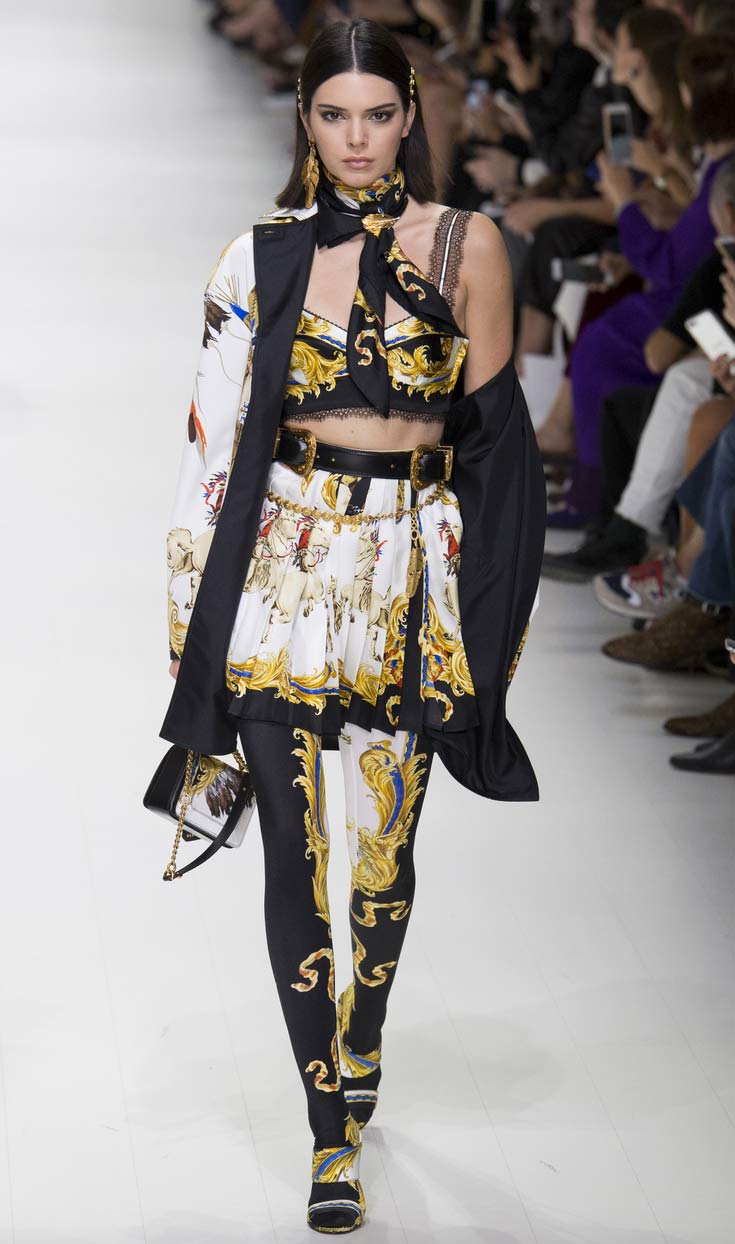 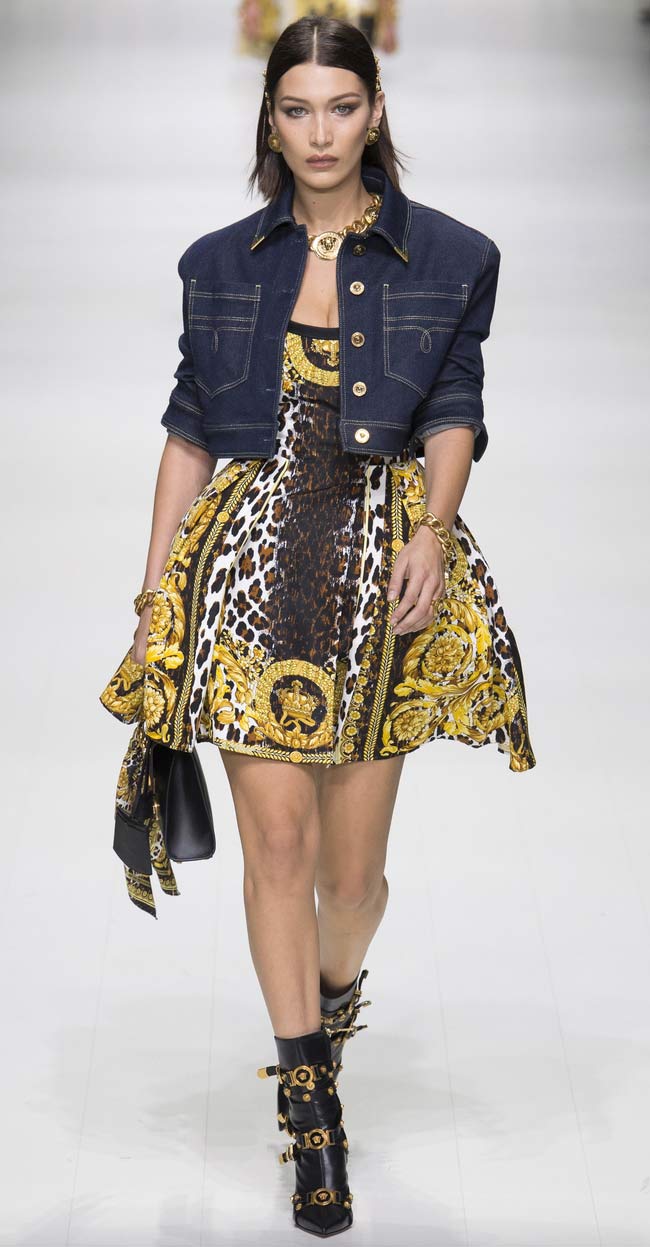 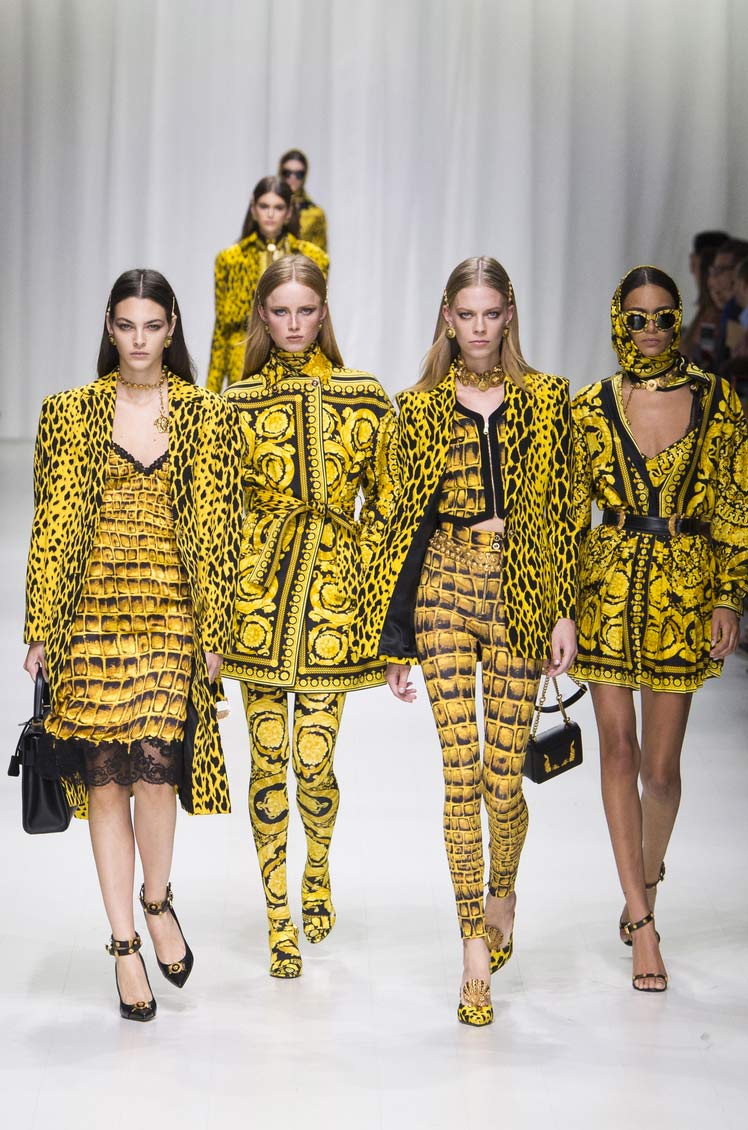 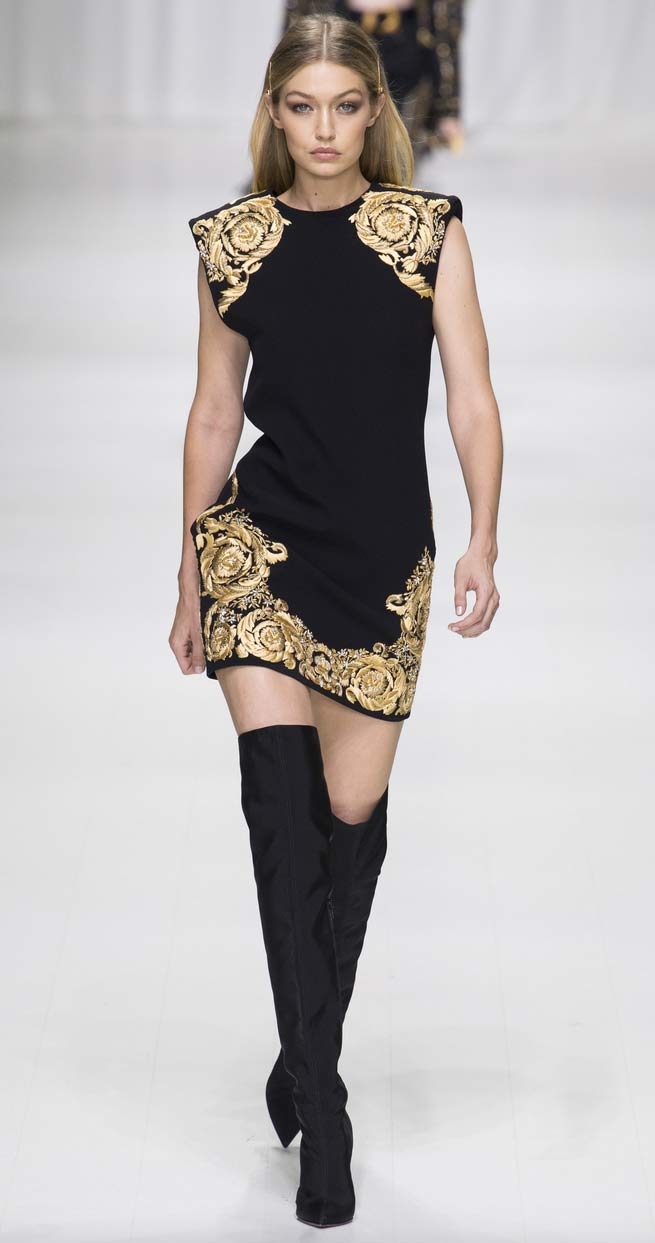