The fashion world was abuzz with speculation this week regarding the legendary Editor in Chief Anna Wintour’s
supposed ban of toddlers on the front row at any show she attends.  However, Dolce & Gabbana proved that babies
more than fit in at Fashion Week through the unveiling of their F/W ’15 collection in Milan.

Without a doubt the most heart-warming and emotional show of the season, Dolce & Gabanna’s runway featured
models accompanied by their own children. Garments emblazoned with the words “Je T’aime Mama” were a
prominent feature alongside beautiful pastel shades.

Show attendees even burst into a round of applause mid show when a heavily pregnant model took to the runway in
a beautiful blush gown.

However, it wouldn’t truly be a Dolce & Gabanna show without a few gorgeous gowns and edgy ensembles, and
Domenico Dolce & Steffano Gabanna most definitely delivered!

Using the red rose as a key element throughout the collection, pieces had the typically beautiful Italian essence that is always associated with a Dolce & Gabanna creation.

Lace dresses, flared coats and stunningly embroidered skirts featured in the remainder of the show alongside some classic black creations.

Domenico and Steffano were acknowledged with a heartfelt round of applause during their close of show runway
appearance, ending what will no doubt be remembered as one of the most moving shows to date. 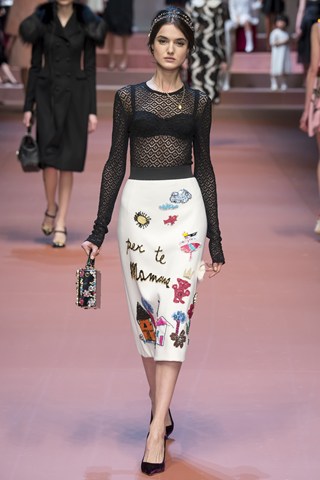 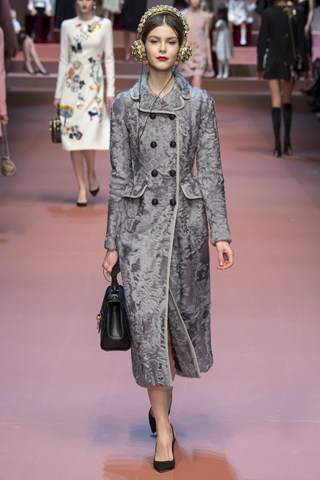 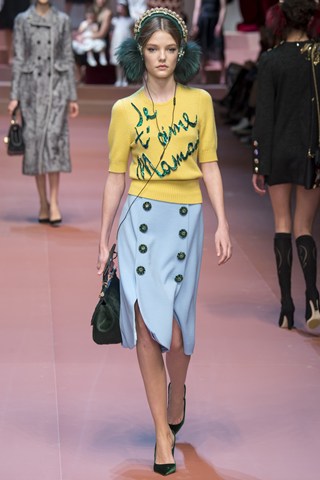 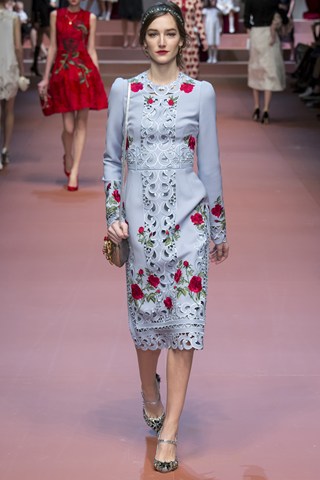 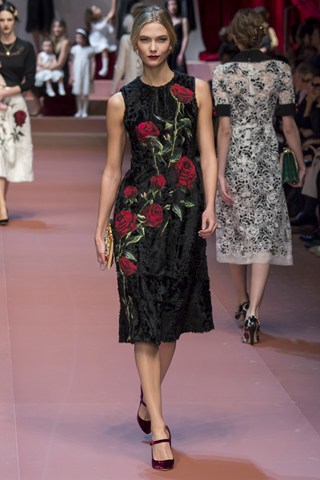 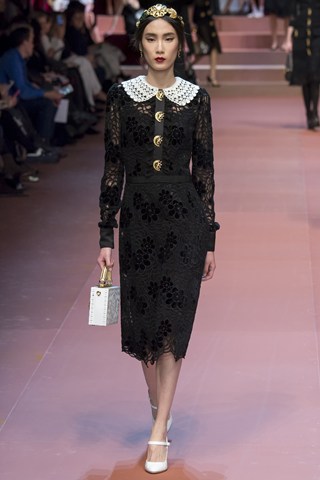 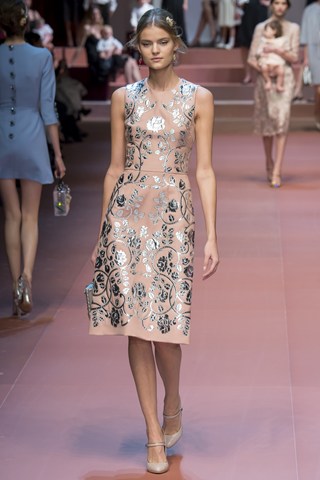 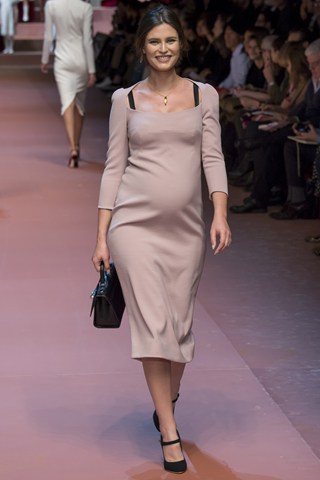 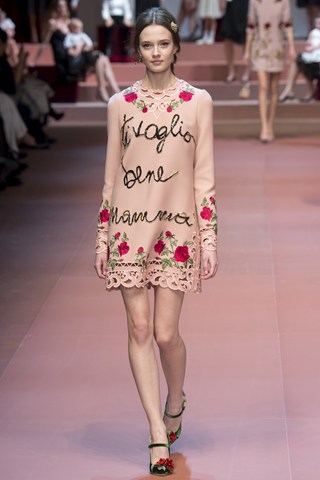 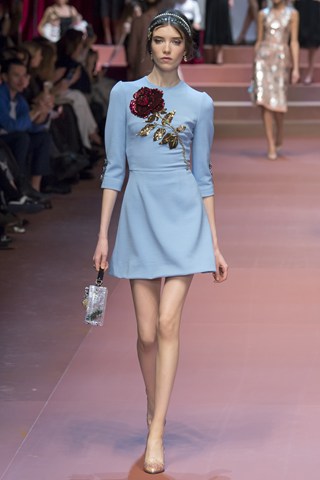