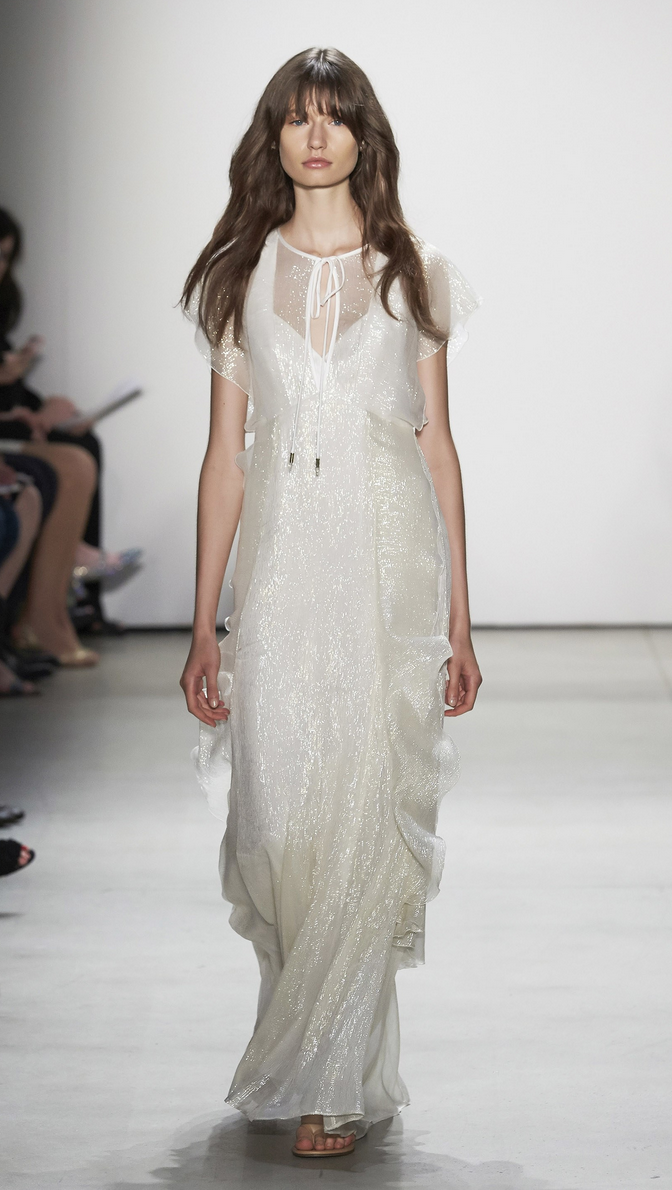 Erin Fetherston brought her signature easy, breezy style of flowy silhouettes and ultra-feminine details back to NYFW on an emotionally charged day – September 11 – with a meaningful message. Attendees of her show received copies of a handwritten note from the designer that described the Spring 2017 collection as a celebration of her 10 year anniversary of showing at NYFW – with a special gratitude and shout out to the city itself. The designer wrote, “And much love to the ultimate dream-maker, the incredible city of New York. In your honor, we will be donating a portion of our sales to the 9/11 Memorial Fund.”

Models were bright-eyed with a glowing but natural beauty look that complemented the ethereal vibes expected of Erin Fetherston. The collection debuted on the runway with blush tones, followed by angelic whites that the brand has mastered – along with pops of neon that were a shade between lime green and lemon. To our delight there were a handful of dresses that had just the right amount of shimmer, as if in ode to the magical feeling of seeing the lights of NYC sparkle on a warm summer day (the runway show closed with a piece titled Claire de Lune Shimmer Chiffon Goddess Gown). Swoon.

For Spring/Summer 2017, Erin Fetherston also showed a mix of tailored pantsuits in addition to her more signature look of floor length dresses – and judging by the abundance of off-the-shoulder styles in this collection, that look isn’t just a fleeting fad for this year. On the accessories front, circular clutches adorned with fringe swayed as the airy fabrics of the collection billowed down the catwalk, while necklaces with a clear crystal drop became a focal point when paired with the blazers baring just the right amount of skin. Runway accessories from this collection will be available for purchase starting September 12 at erinfetherston.com. 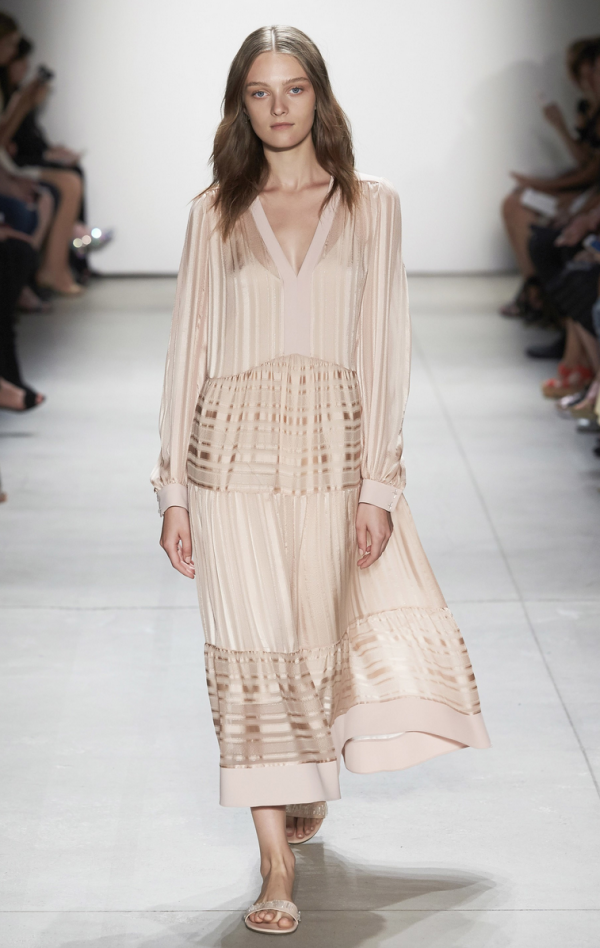 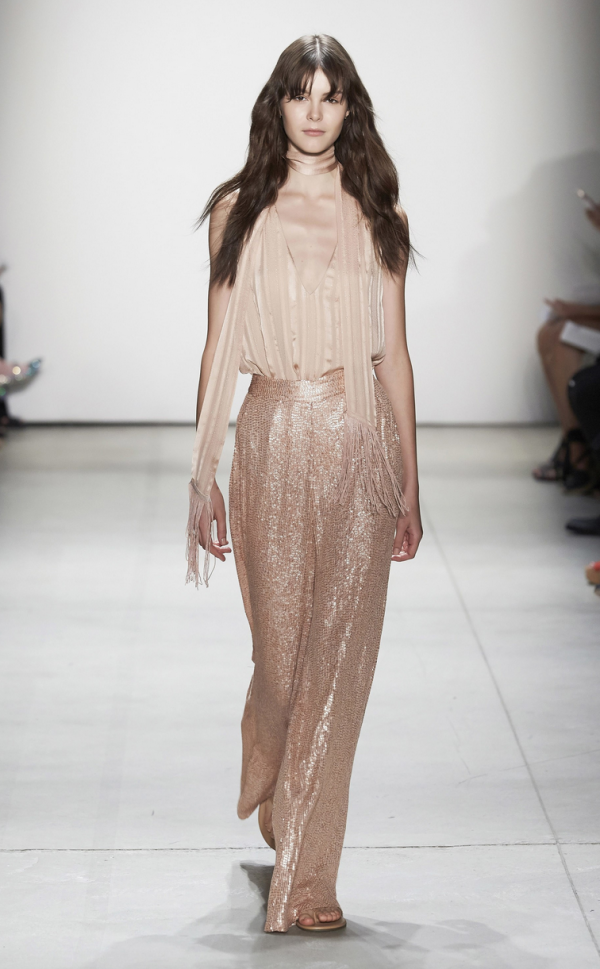 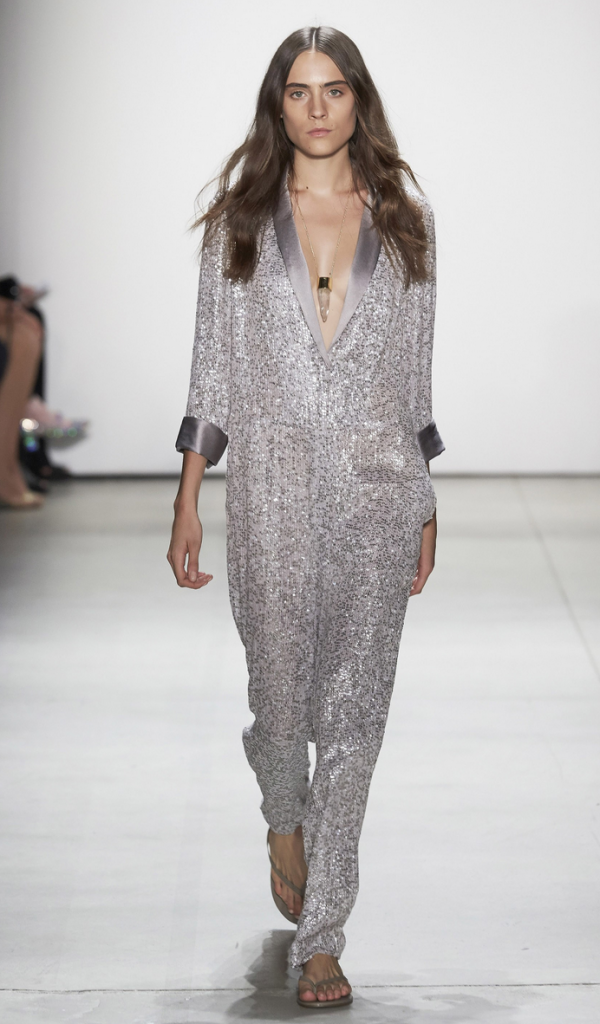 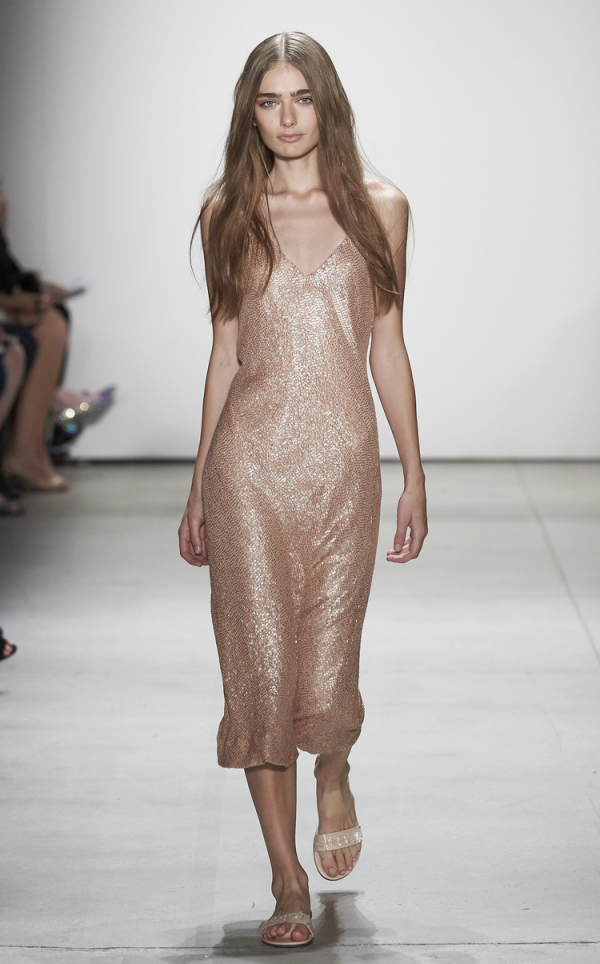 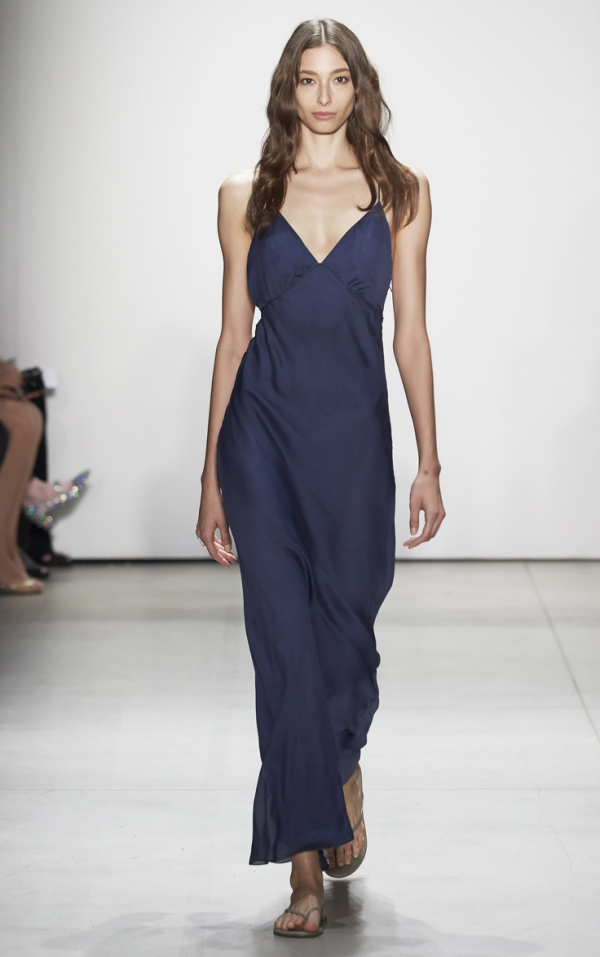 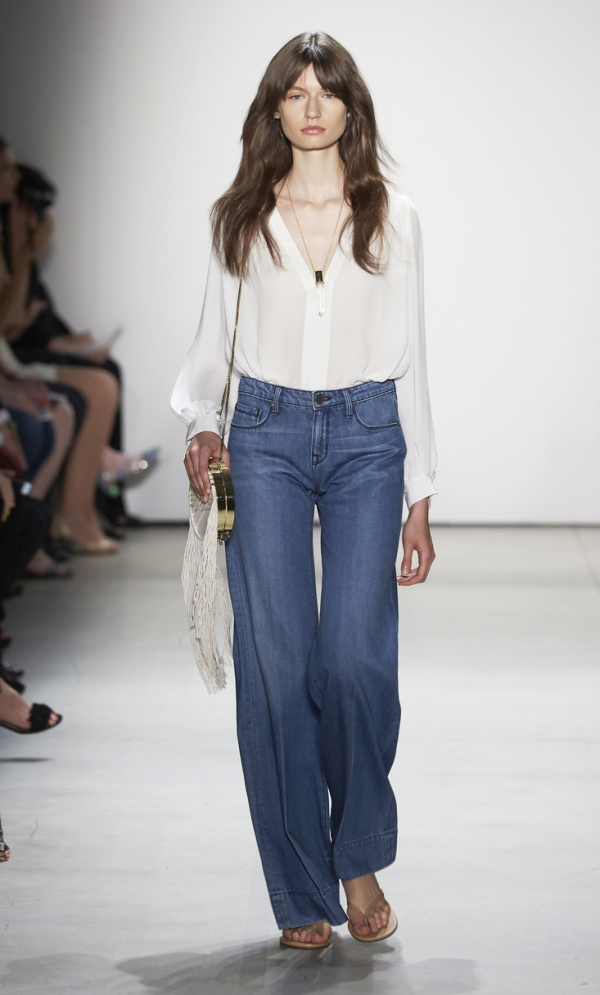 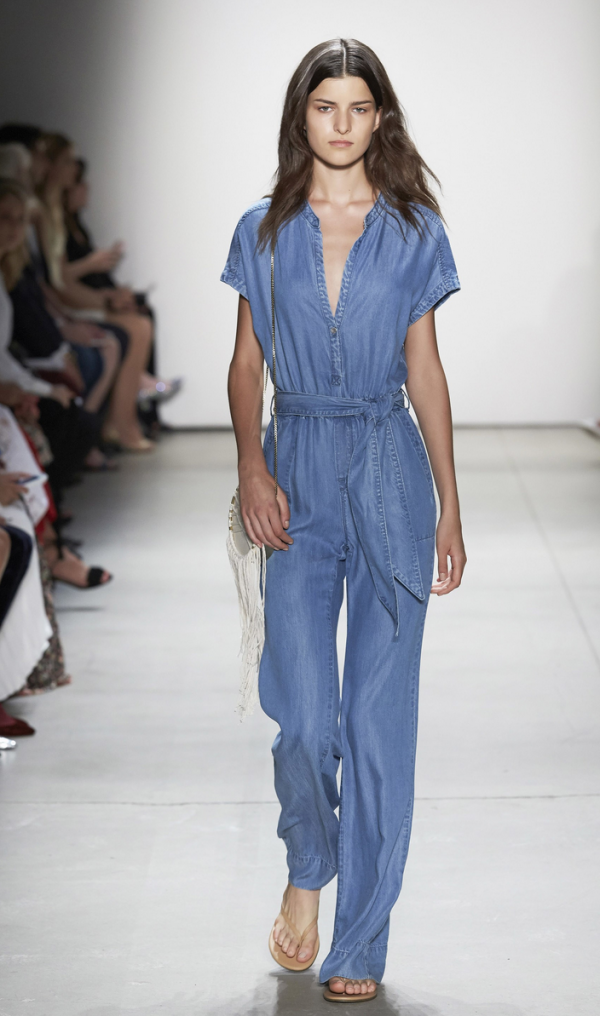 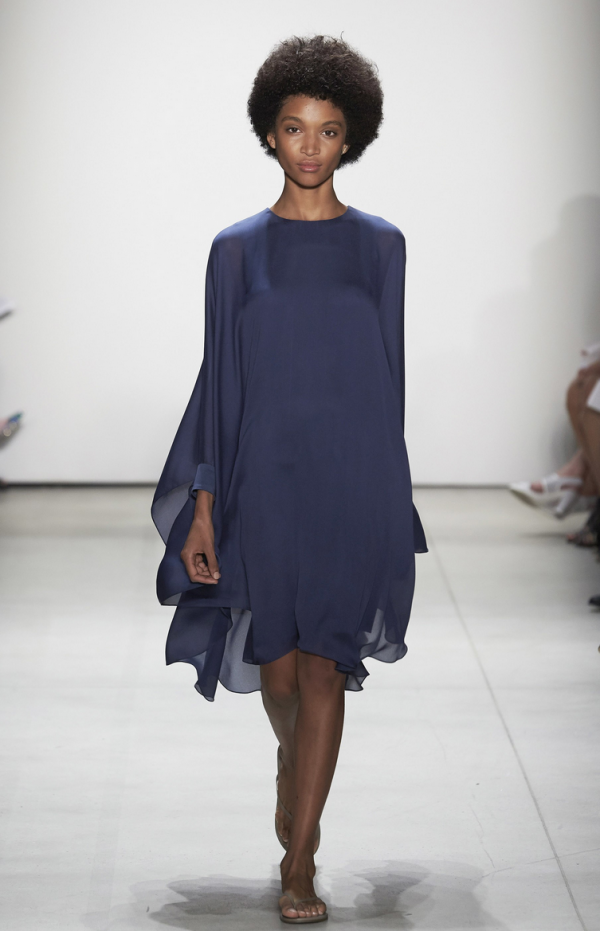 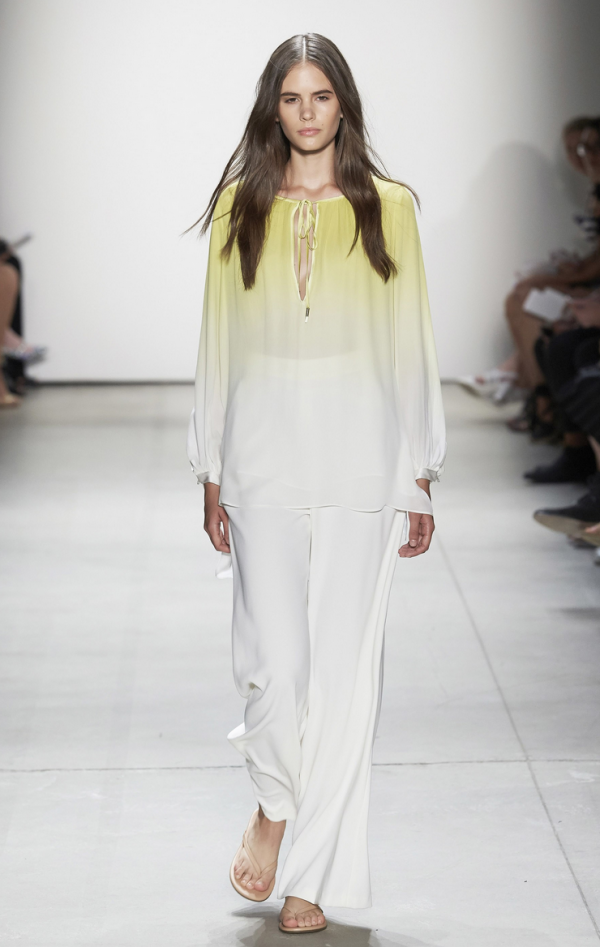 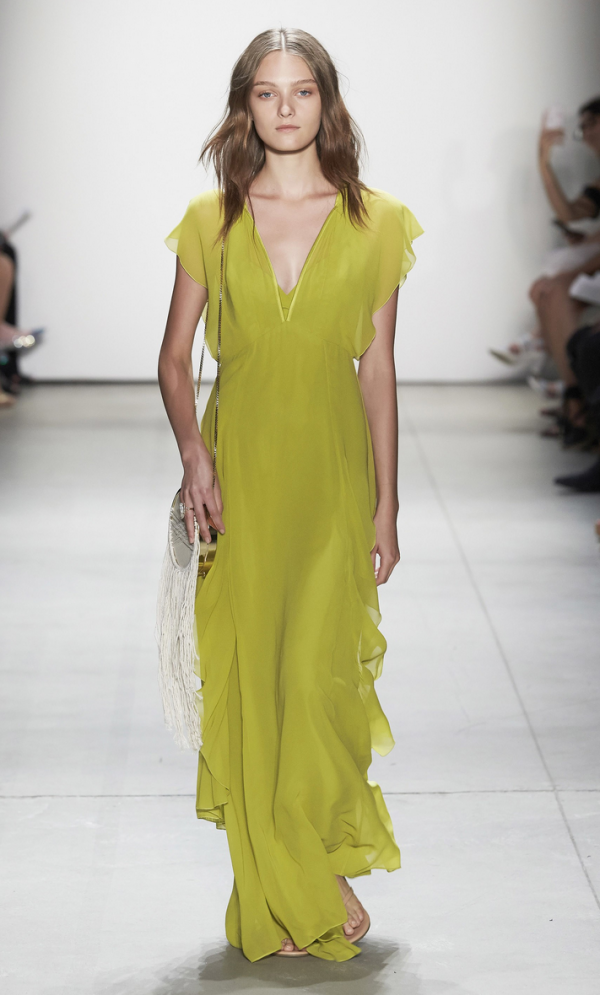 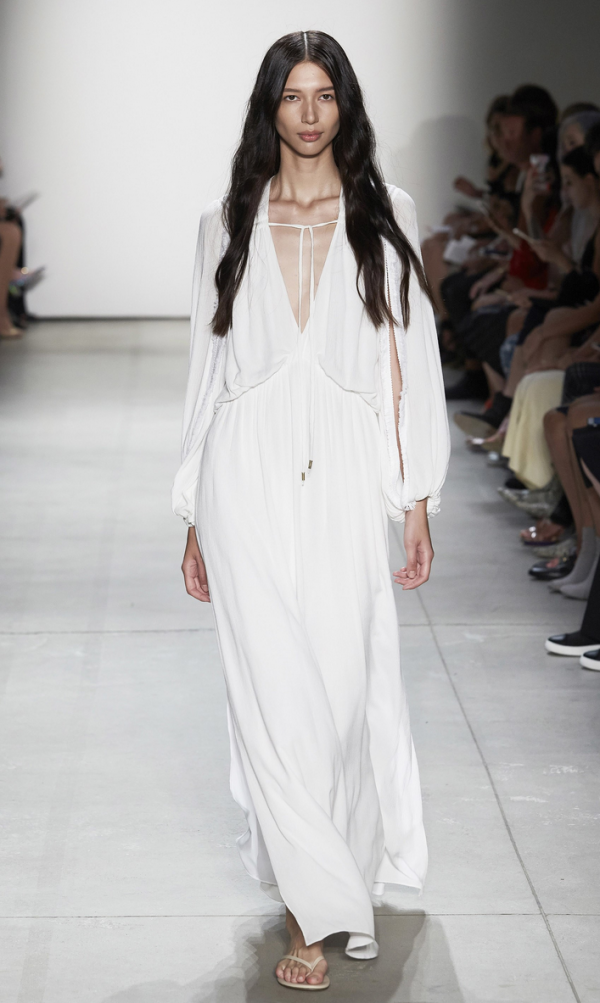 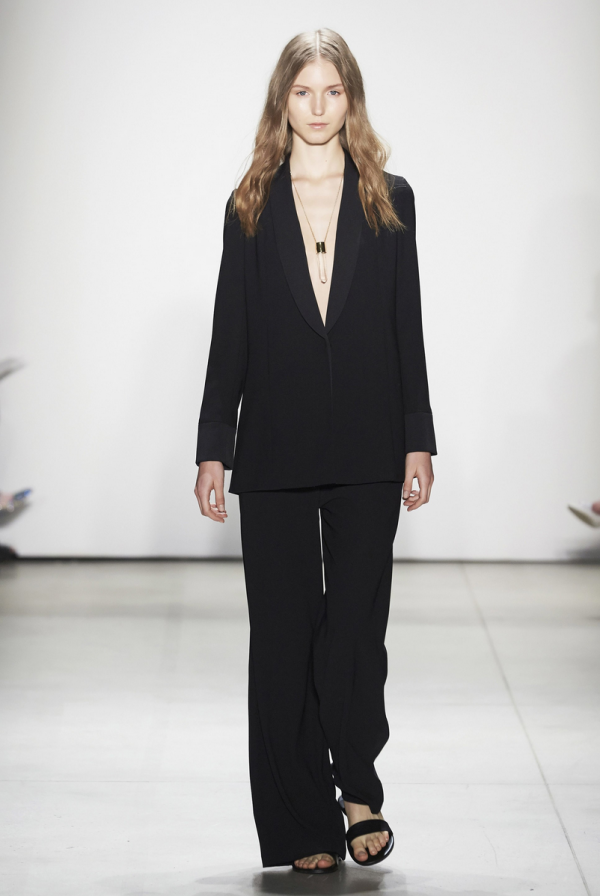 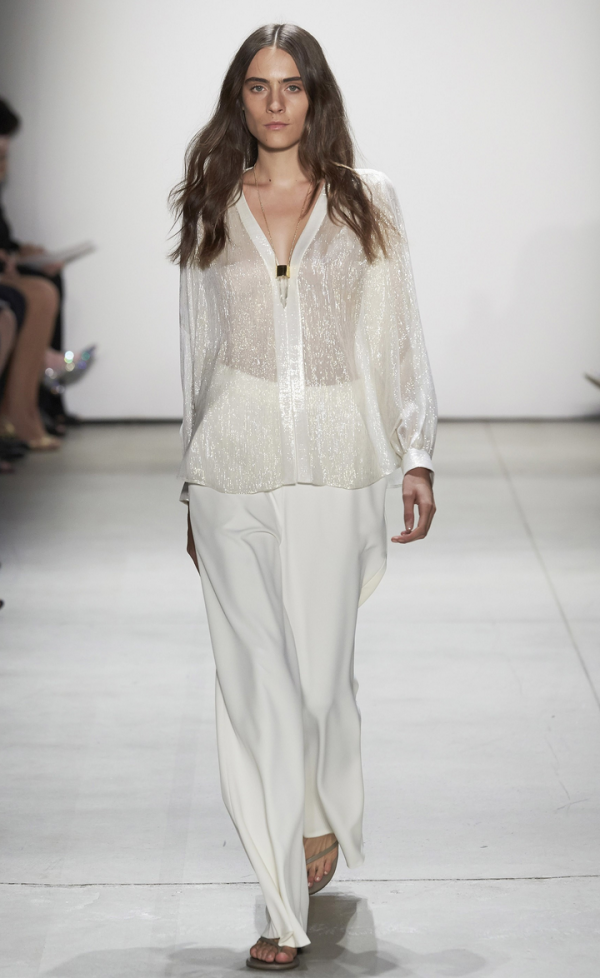 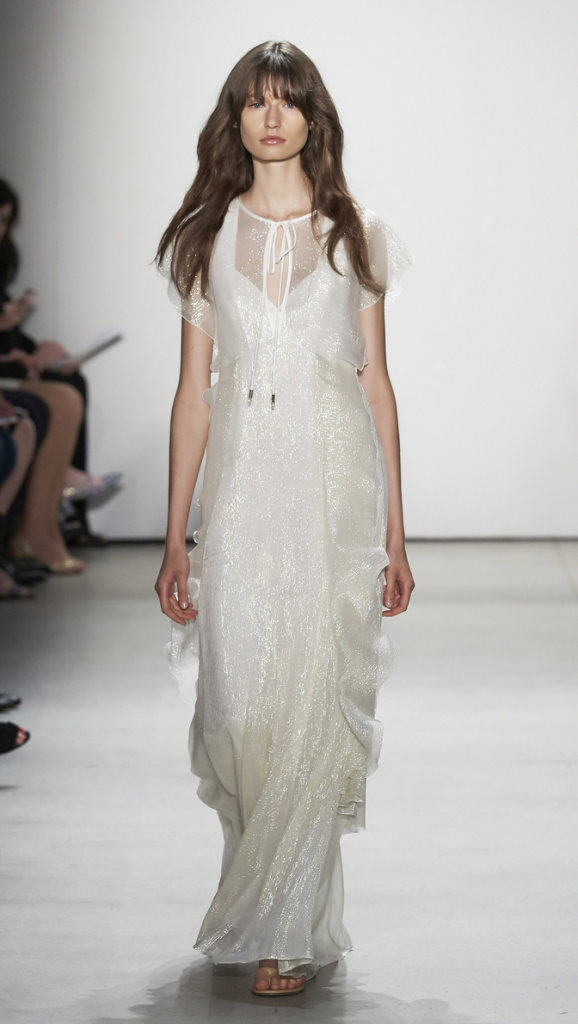 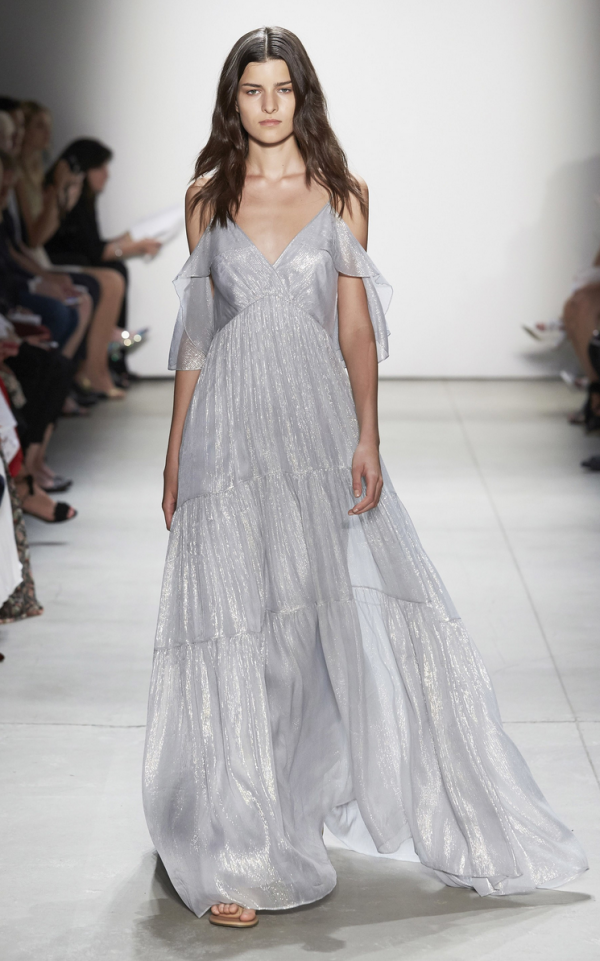 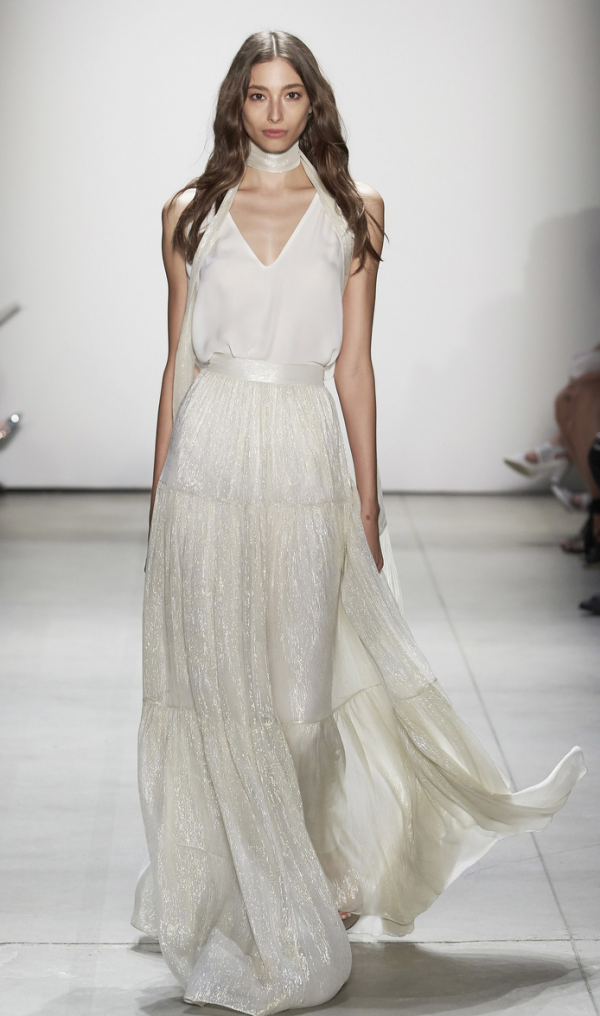