Everyone sits front row at CHANEL

A game changer always, Chanel’s f/w 2016 show did not disappoint.   From the beauty to the stars to the impeccable detailing of the clothing you can always count on Chanel to knock it out of the park.  Today’s show was no different except EVERYONE sat front row.  It was the theme behind the entire show.  Chairs were lined in meandering aisles and everyone felt like a superstar. 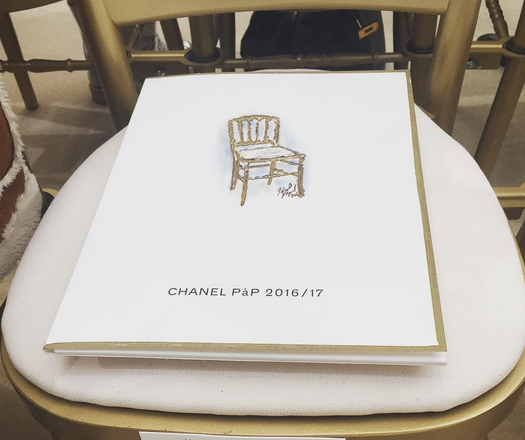 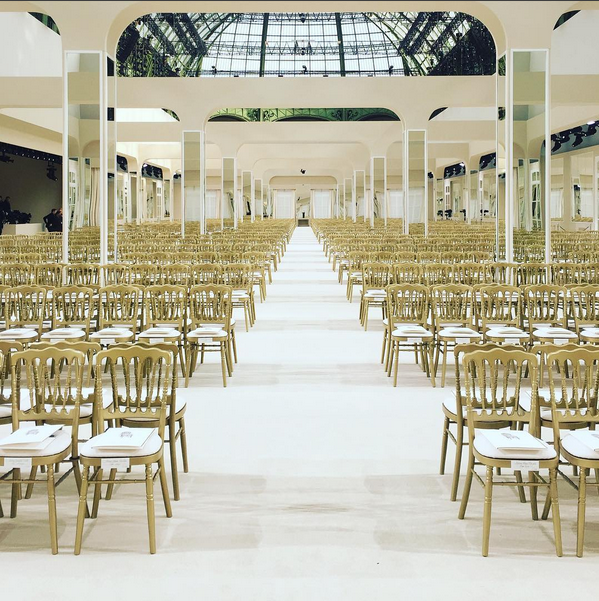 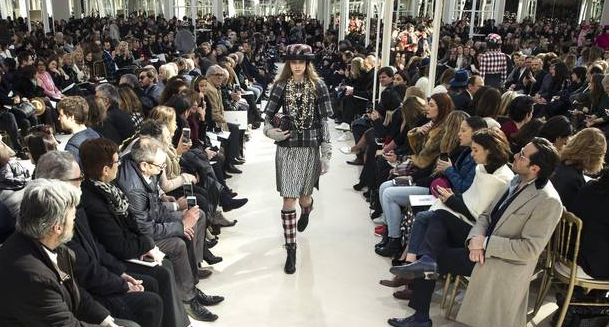 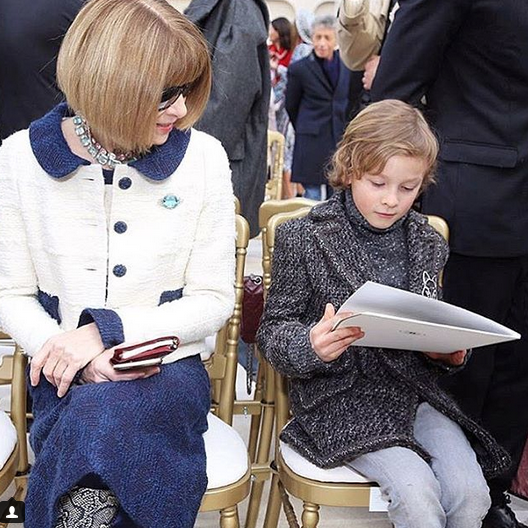 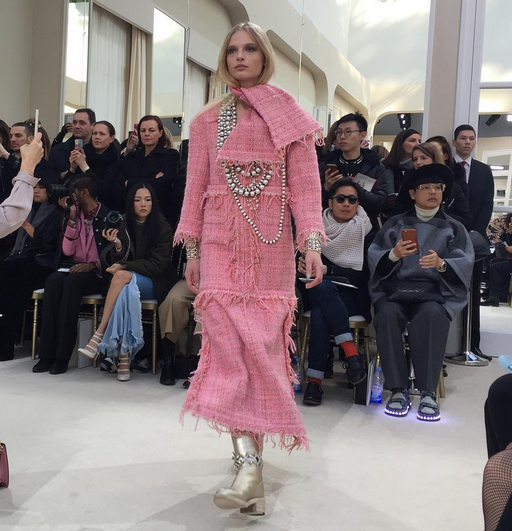 The clothing was just what we expect from Lagerfeld.  Opulent layers of texture mixed with the signature house accessories. 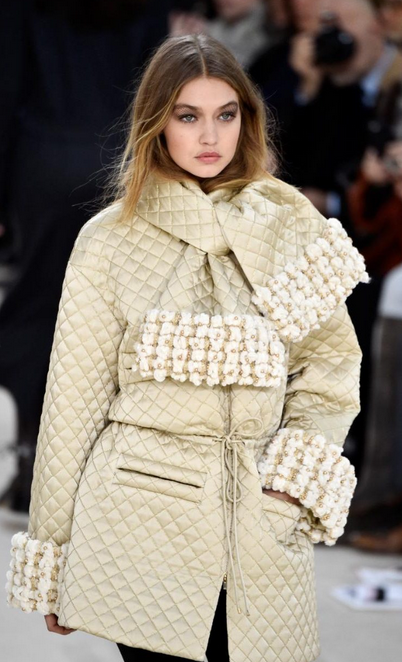 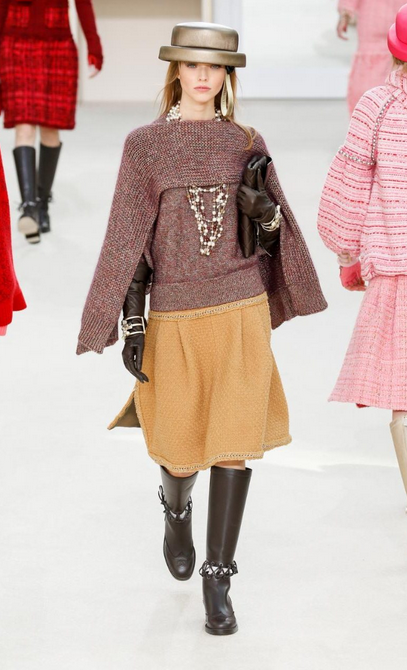 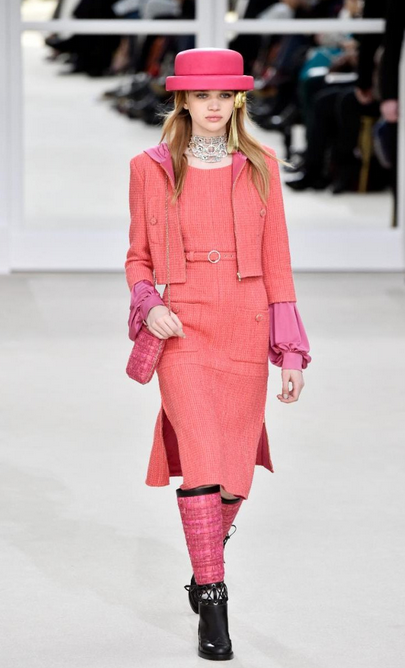 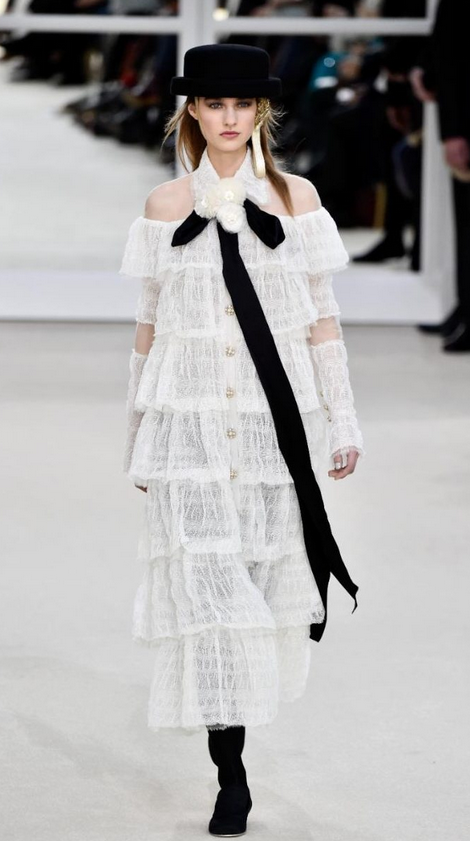 You can also count on Chanel to set the stakes high when it comes to beauty and this season is no different.  We remember the crossant shaped updos, the tweeded lace up manes and of course the evolution of the cat eye but todays’ show took the cake!  When models like Kendall Jenner, Gigi and Bella Hadid, and Charlotte Free hit the catwalk this morning, we were half-mesmerized by their pastel hoodies and epic boots, but it was their smoky patterned eye lids that drew the attention. Makeup artist, Tom Pecheux, decorated the models’ eyes with quilted works of Chanel art.Tom created a cross stitch pattern, using only black shadow and a makeup brush, that literally mimics the fabric on the bags. The minute detailing and intricacy is so meticulous that we were blown away. 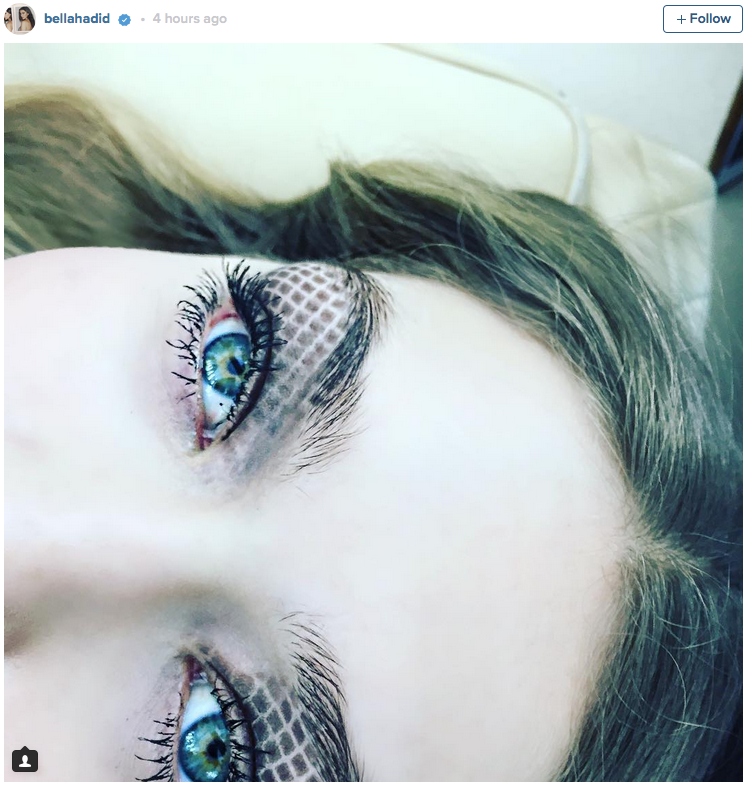 As if the stunning beauty and fashions were not enough, just after sitting front row at Chanel’s fall/winter 2016 show this morning, the house has announced that Willow Smith, daughter of Will and Jada,  has joined the Chanel family as a new ambassadress. 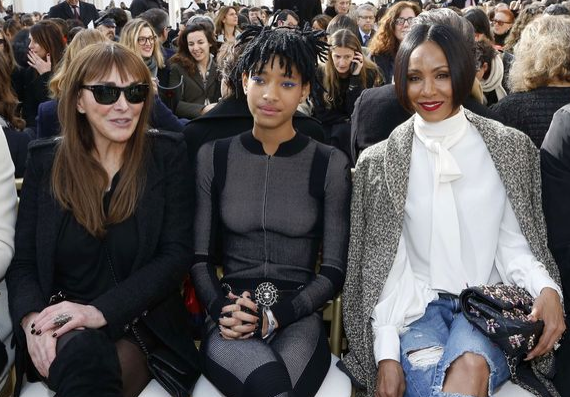 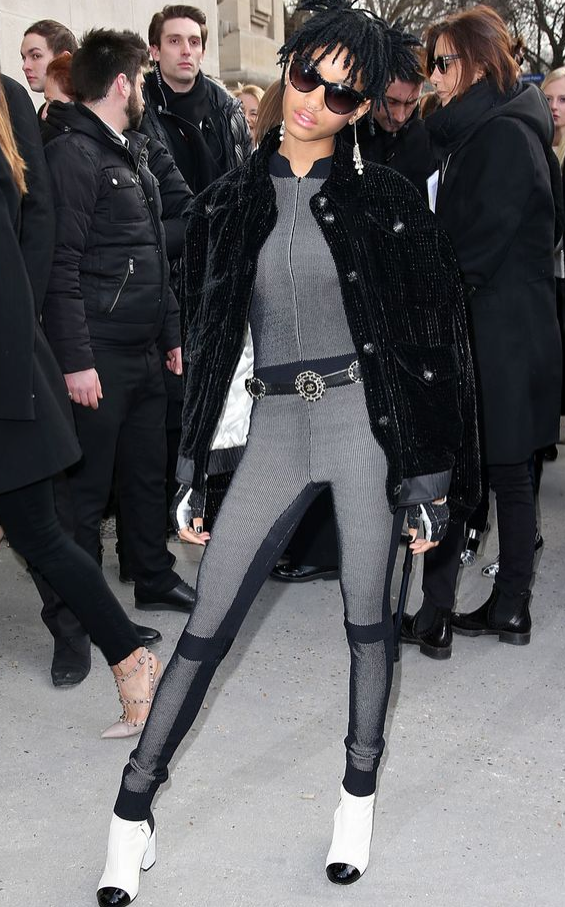 The young actress, singer, and song writer has been wearing Chanel for public appearances since 2013, and was photographed by Lagerfeld for V Magazine in 2014. She joins the Chanel family along with other It-girls such as Diane Kruger, Keira Knightley, Alice Dellal and Kristen Stewart. It also seems to be a fashion-heavy year for the Smith family. Willow’s brother Jaden recently appeared in a Louis Vuitton ad wearing (to much noise in the online world), a skirt, and spent much of New York fashion week sitting front row.