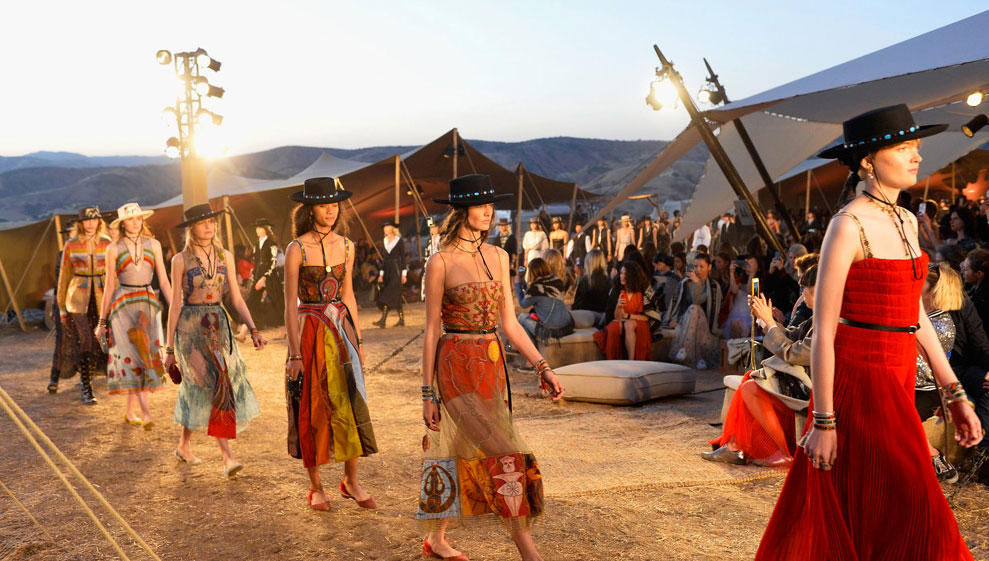 Feels a bit more like Resort oh wait this one is Cruise.

Drats! I almost had it..If by Resort you meant Dude Ranch in South America then OK..but nooooo this is DIOR CRUISE.  Where is the water? Hmmm. My confusion for this sector of collections will forever haunt me. 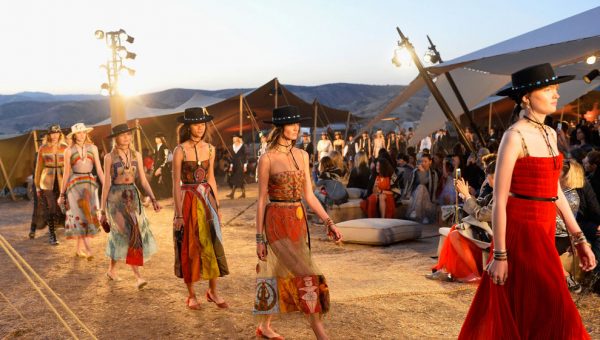 I still liked it.  The set up was interesting in that it took place in a canyon I drive past on my way to Malibu  or have ridden through on horseback. The hot air balloons were a nice touch.  Here’s the back story ..

The  discovery  of  the  Lascaux  cave,  in  1940,  had  a  profound  influence  on  the  artists  of  the  time.  For  Georges  Bataille,  it  represented the dawn of the human race. The power with which animals are depicted (deer, horses, oxen) takes us back to the infancy of mankind and its relationship to nature, as well as the invention of art. In 1951, Christian Dior appropriated these rock paintings, making a print from them for his Ovale line, a form with allusions to primitive female depictions such as the Willendorf Venus. It  is  this  wild  and  ancient  femininity,  linked  to  the  magic  of  the  earth,  that  guided  Maria  Grazia  Chiuri,  Artistic  Director  of  the Dior  women’s collections,  throughout  the  creation  of  her  first  cruise  collection  for  the  House.