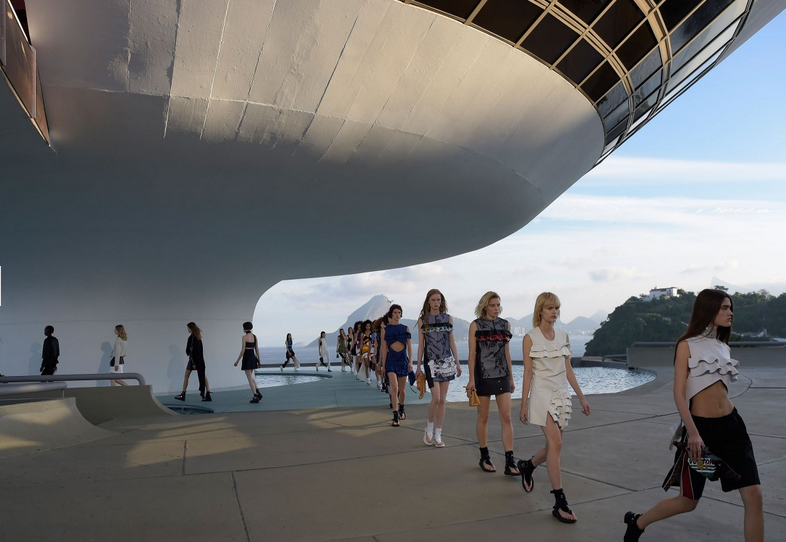 What better way to start a holiday weekend than heading off to Rio to watch the amazing Louis Vuitton show as the brand presented their 2017 Cruise collection in Rio de Janeiro, Brazil at the beautiful Niteroi Contemporary Art Museum by architect Oscar Niemeyer.  The winding walkway of the futuristic location stunned the celeb filled crowd almost as much as the collection itself.

Of the setting and collection, Nicolas Ghesquière replied, “I so admire the power of Oscar Niemeyer’s conviction. His vision, his radicality, his utopia even. Being able to show a fashion collection in such an architecturally powerful space is a sensorial experience. In Rio de Janeiro, what I saw most of all was movement and an explosive energy that lives somewhere between modernism and tropicality. I was fascinated by the constant duality between nature and urbanism and the pictorial explosion it creates. For me, the main question was how to incorporate into my collection all these elements that are part of Brazilian culture, without forgetting that I am just a visitor who brings his own Parisian and French cultural references to the moment.” 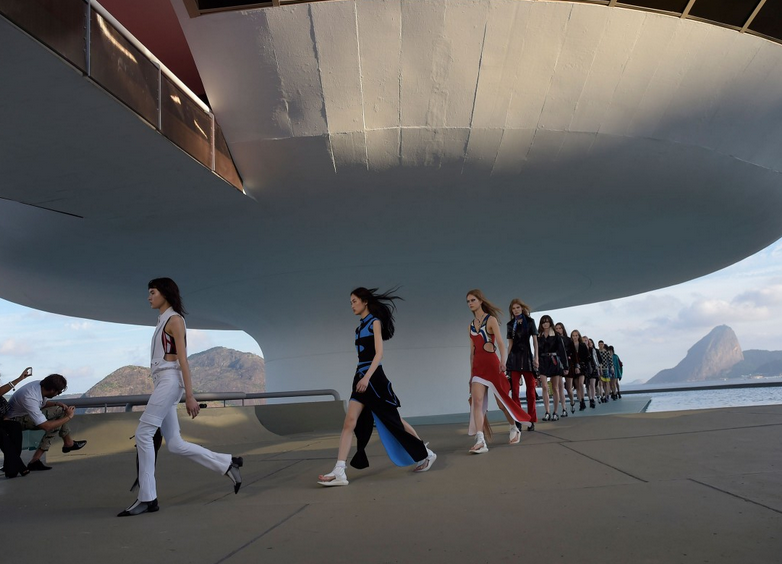 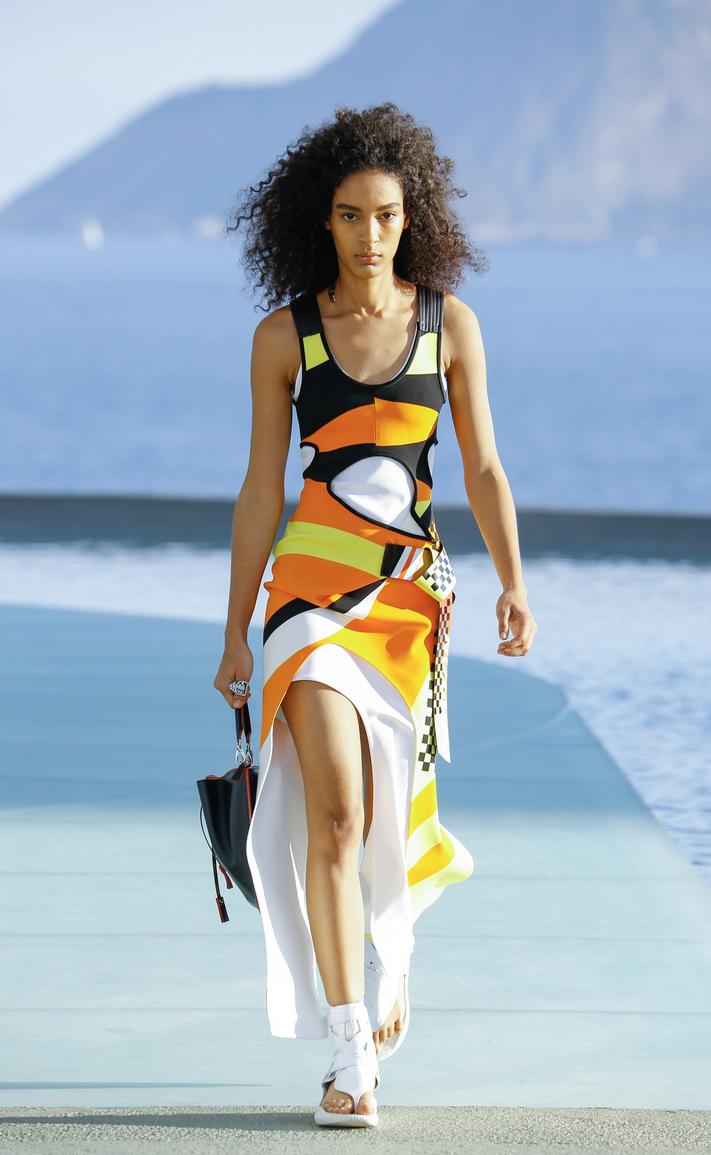 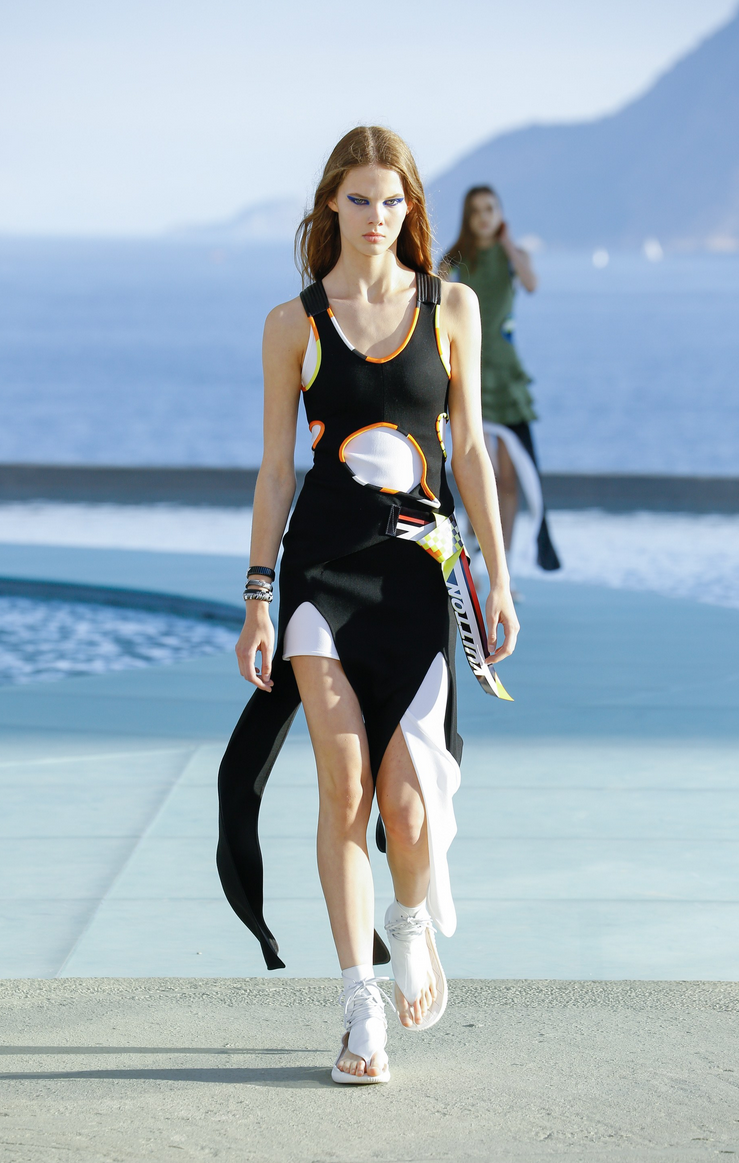 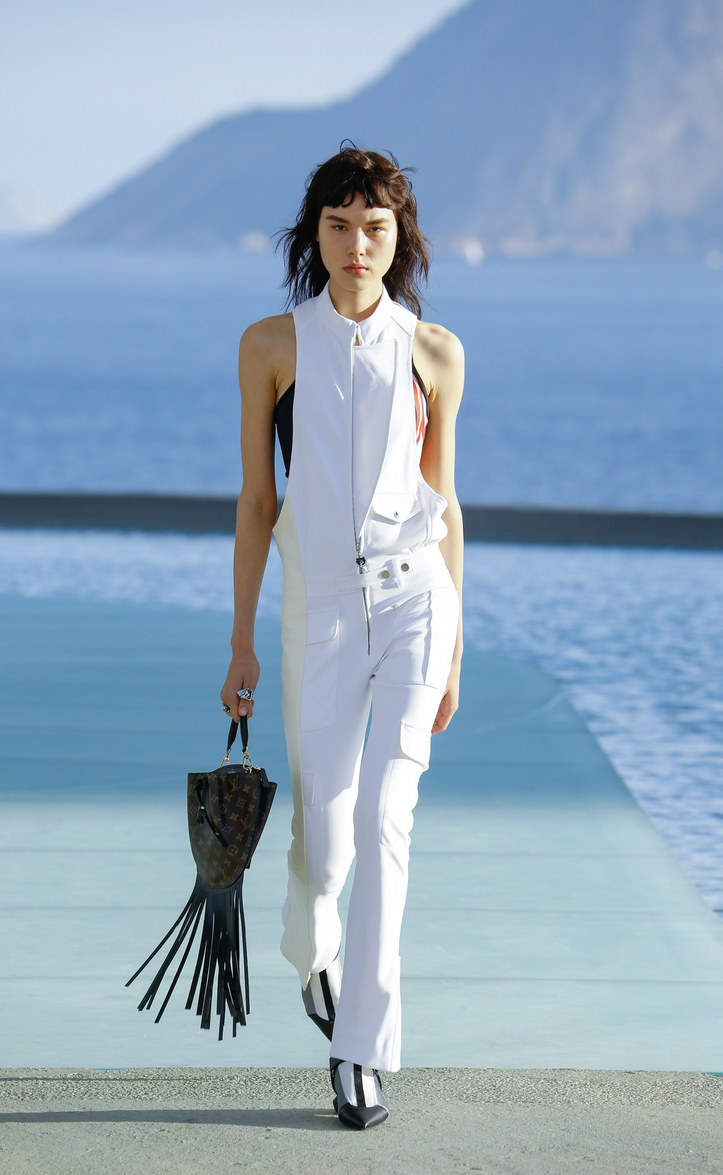 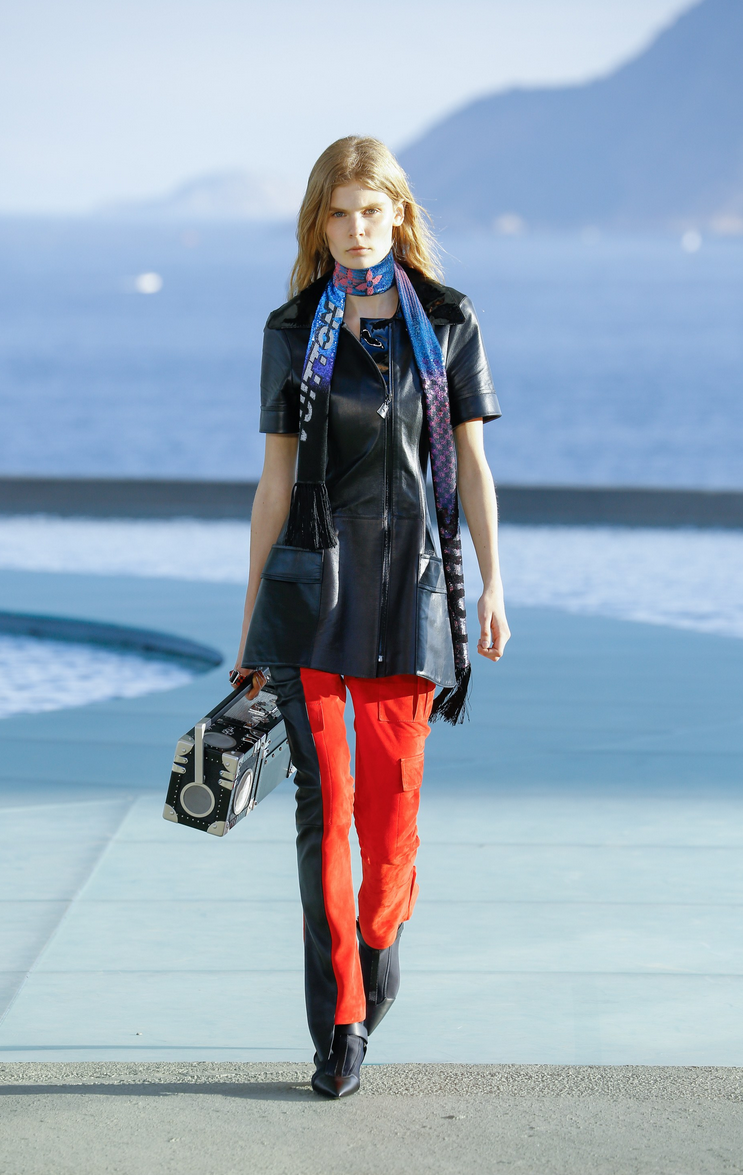 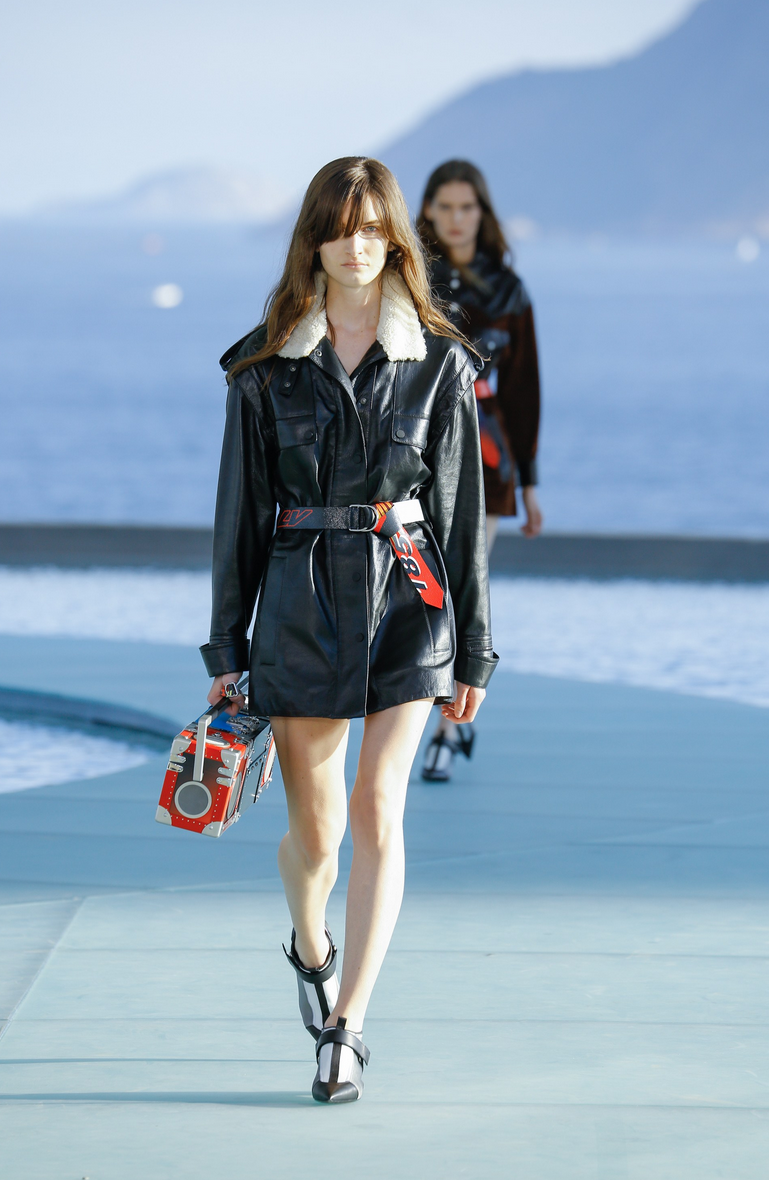 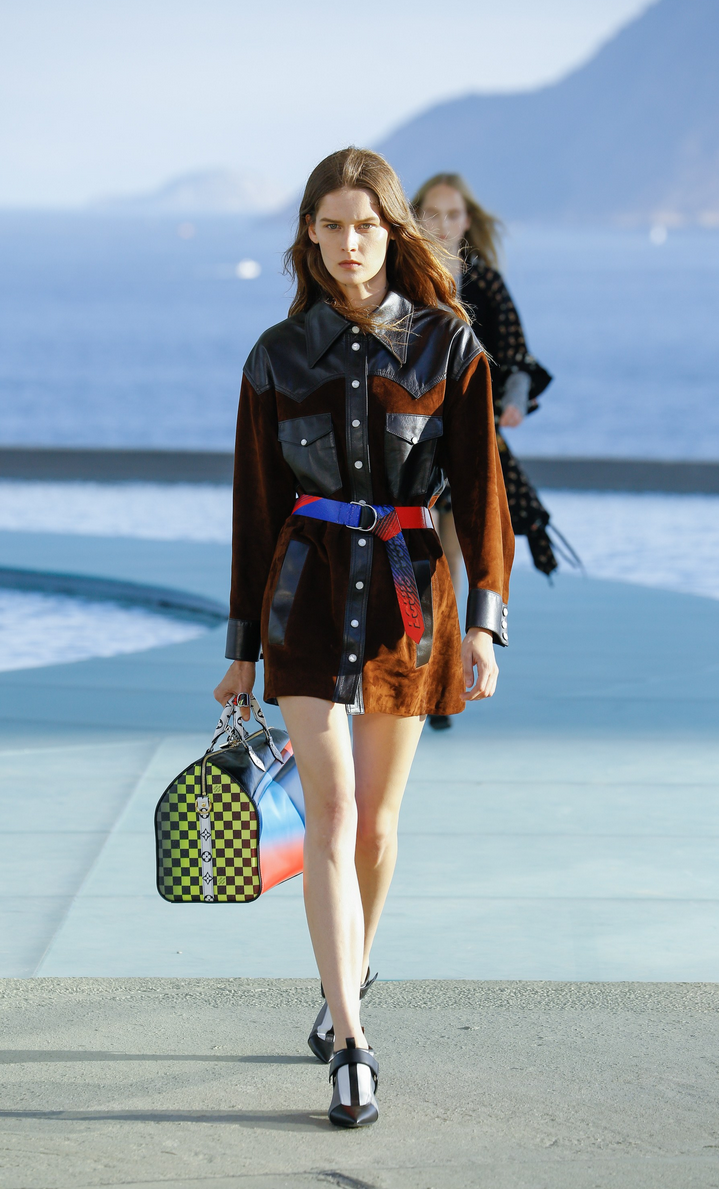 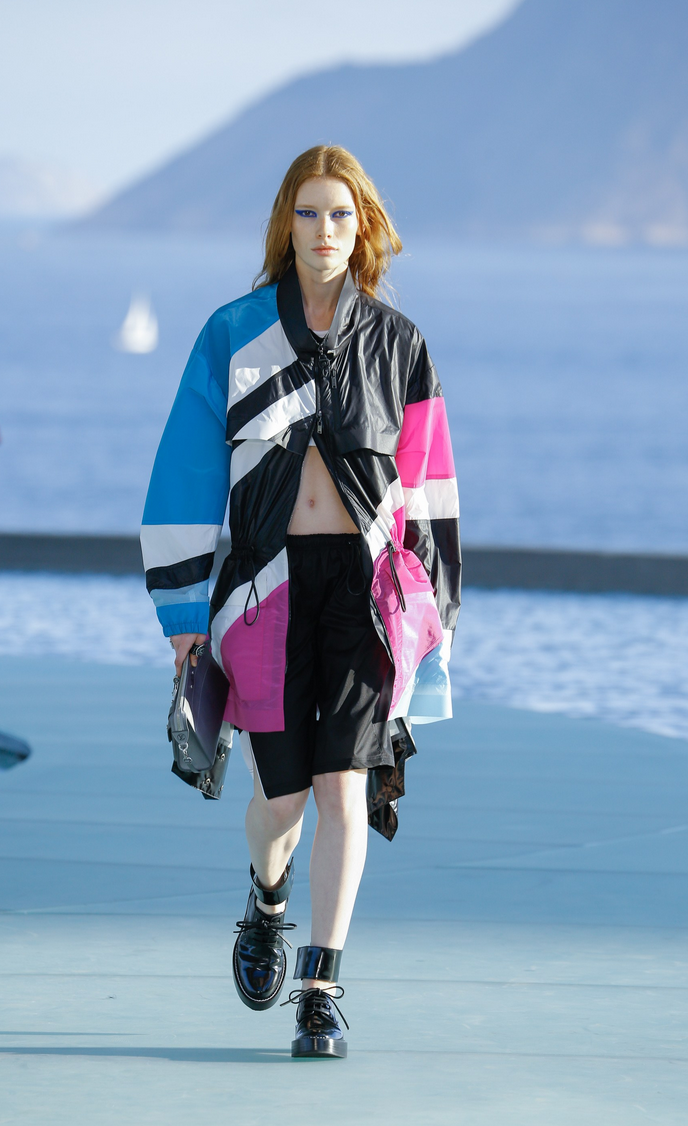 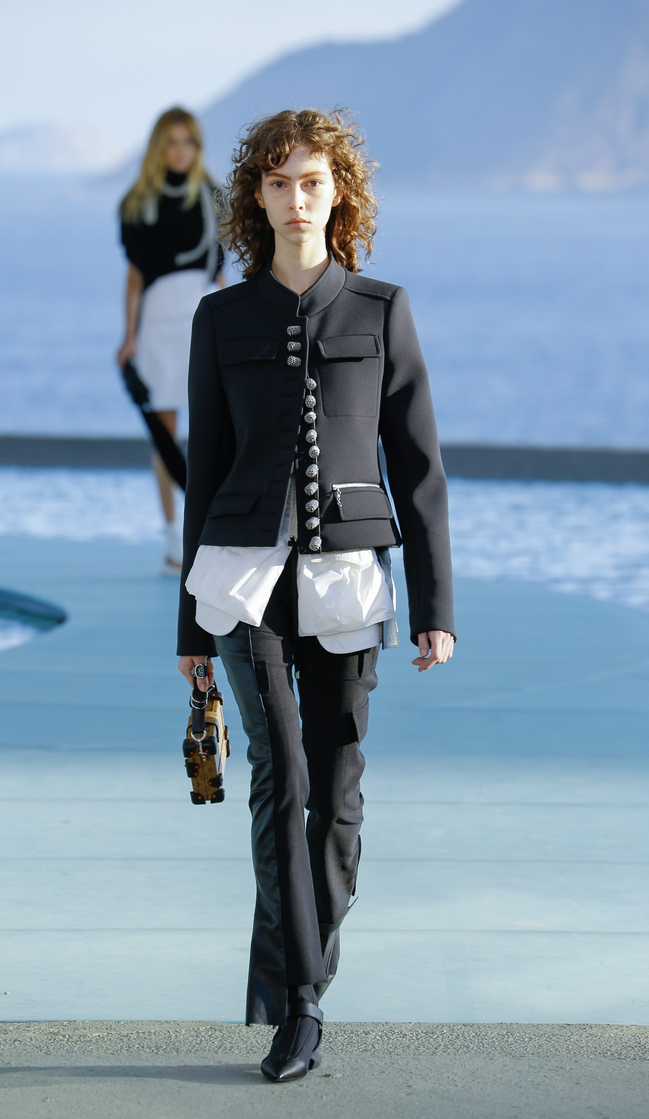 There were 514 local and international guests arrayed on the museum’s spectacular patio this afternoon, much like we were last year in Palm Springs at Bob Hope’s John Lautner–designed home. Look in one direction and there was Catherine Deneuve, a regular at these things; look in another and there was Alicia Vikander, Zendaya, and Jaden Smith. Some of them had already seen the Niterói from above on helicopter tours of the city. Out-of-towners began arriving in Rio as early as Thursday  to see the grand-prix themed and Rio inspired looks presentation