Louis Vuitton. I thought LV was a luxury label? What happened? You may say I’ve become a little salty. I understand that fashion is constantly regurgitating the past. But, and this is a big BUT, the 90s were ugly people, really really ugly. We all dressed like buffoons for the most part. Mixing motorcross pants with ski parkas, puffy skirts with latex, clunky shoes (as my mother called them) and old smelly vintage leather coats with scruffed out fur on the collars. There is nothing new here, it honestly looks like Marc Jacobs 1994 and there is nothing luxury about it. Can we please go back to luxury.

This season Ghesquière enlisted the costume designer Milena Canonero, a frequent collaborator of Stanley Kubrick’s, to create a monumental backdrop of 200 choral singers, each one clothed in historical garb dating from the 15th century to 1950. It was a mammoth undertaking, and quite beautiful. “I wanted a group of characters that represent different countries, different cultures, different times,” Ghesquière explained beforehand. “I love this interaction between the people seated in the audience, the girls walking, and the past looking at them—these three visions mixed together.”

I’m very miffed by his presentation, past looking at the future?  Where’s the future? Cause I’m lookin’ at 1994. 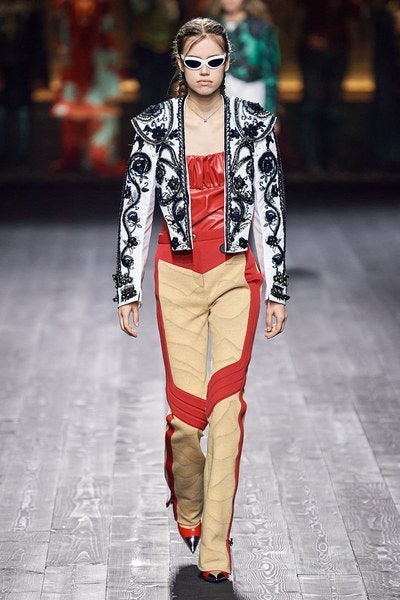 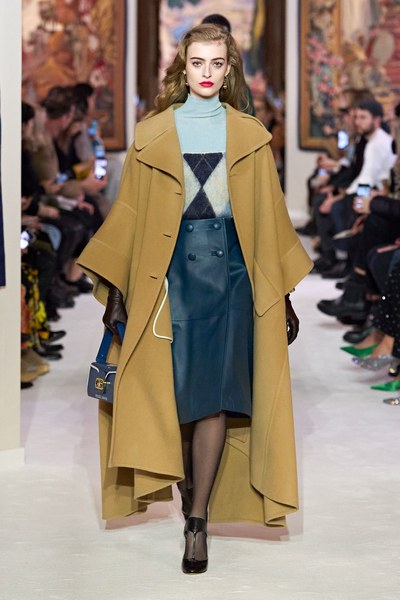 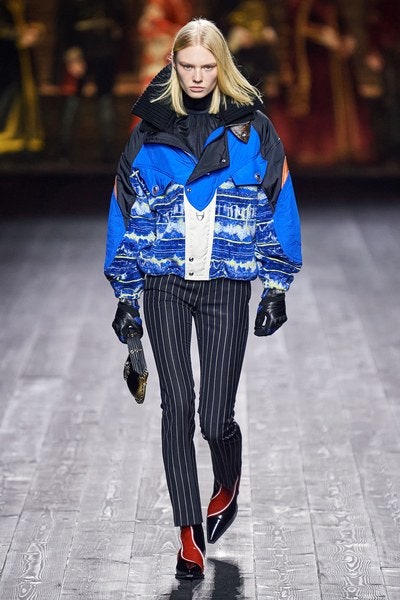 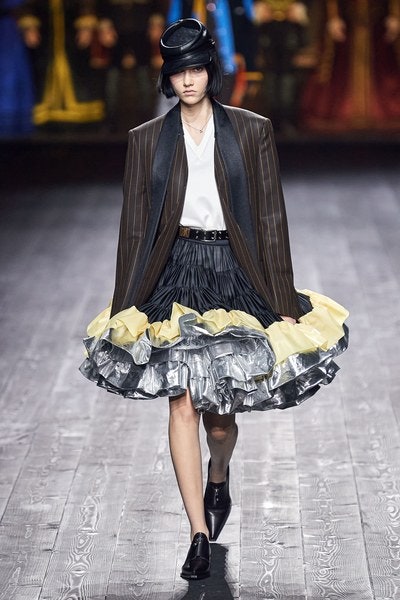 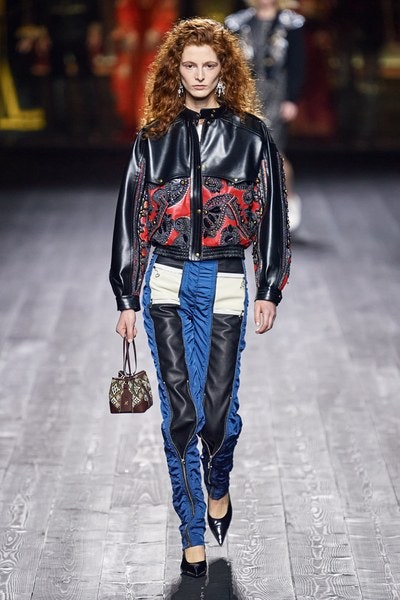 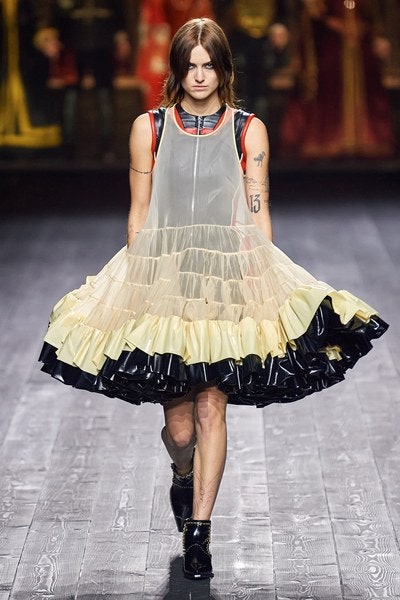 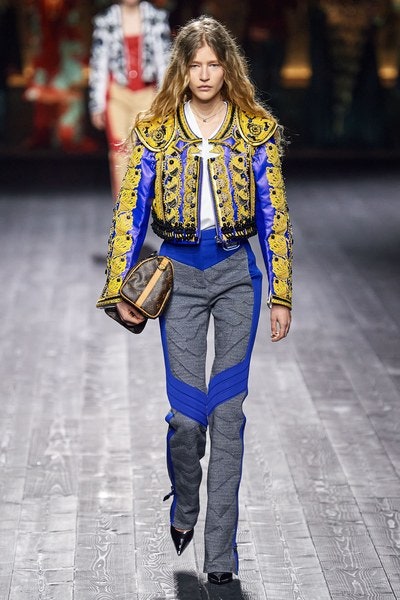 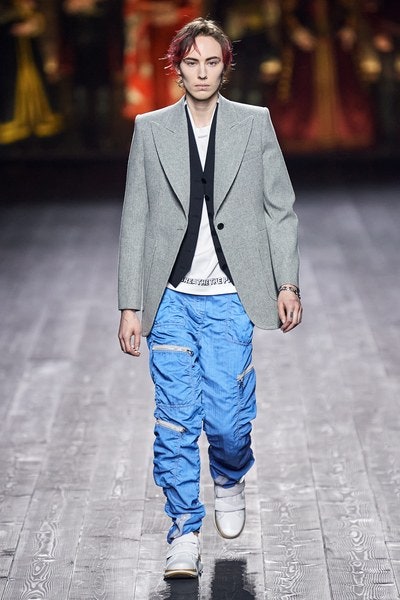