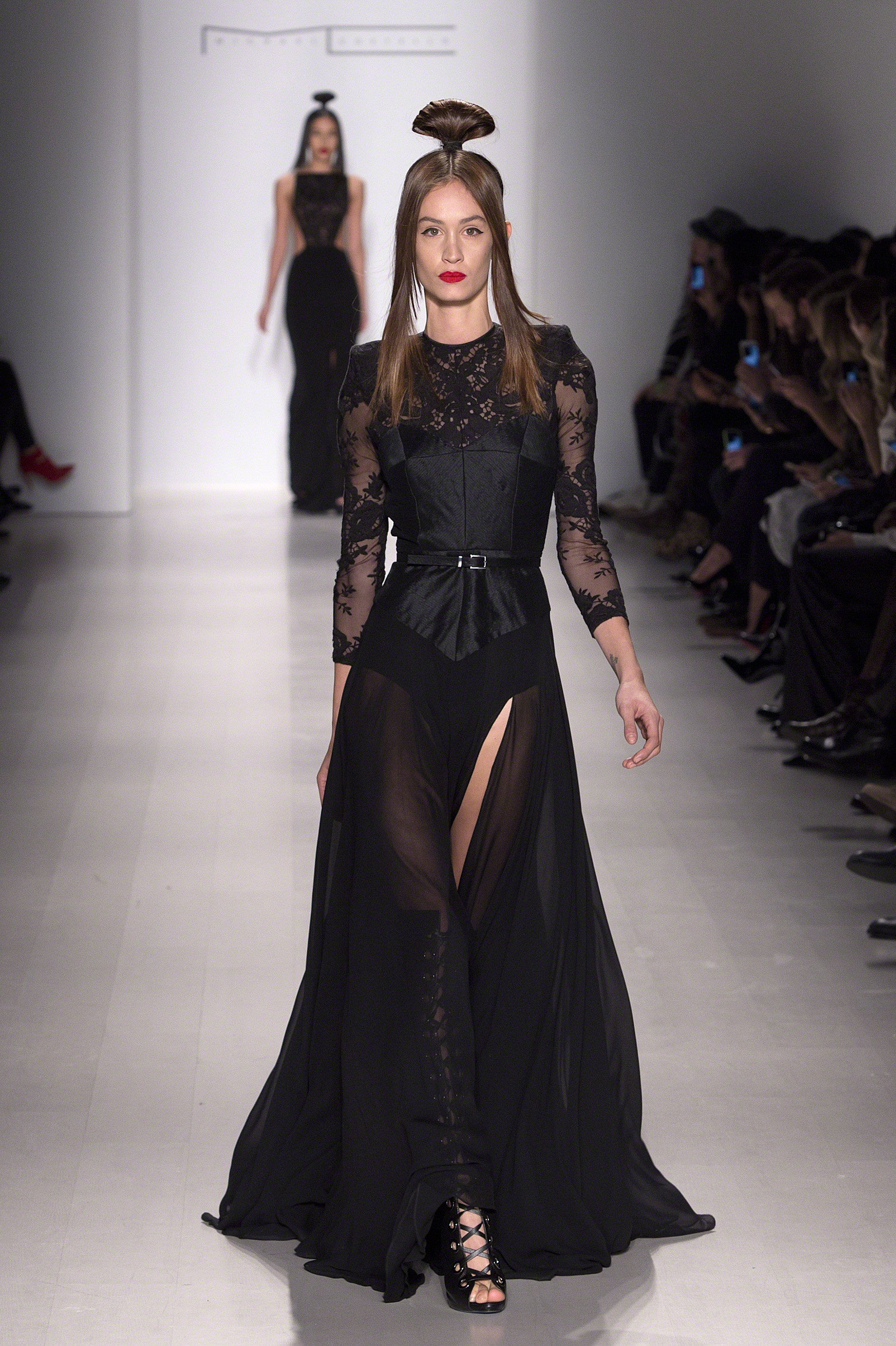 Michael Costello: Back to Black

21-year-old Project Runway alum Michael Costello has been one to watch, and you could feel that sentiment in the air at his second appearance during NYFW with the debut of his Fall/Winter 2015 collection. For the latest season, the young designer was inspired by the notion of a modern woman who is seductive and exudes elements of Japanese minimalism, Parisian sparkle, and London layers. In line with the design aesthetic Costello is becoming a go-to for with his celebrity clientele (hello Beyonce), this collection features delicate lace detailing that hugs the curves of a woman’s body in all the right ways and thigh-high slits galore. The designer’s monochromatic taste for this collection was among the best exhibitions we saw this season of how to work a black number in a bold and anything-but-boring way. Accents of color were provided in the addition of House of Borel accessories — a huge debut for the brand, as well as a fiery red lip that paired naturally with the modernized, geisha-inspired hair. While there was no shortage of skin revealing dresses and sometimes shockingly sheer details, this collection contained plenty of options that are ready for the red carpet. Keep in mind that the Michael Costello brand is not synonymous with practicality, but rather, its DNA is in elevating a woman’s sensuality through style.

Some fun show trivia: the collection included several menswear pieces peppered throughout, including a number modeled by Shaun Ross. Christina Milian, Karrueche Tran, and Chris Brown were spotted front row (with our own Pauline Ma making an accidental appearance examining her manicure in some of their photos…). 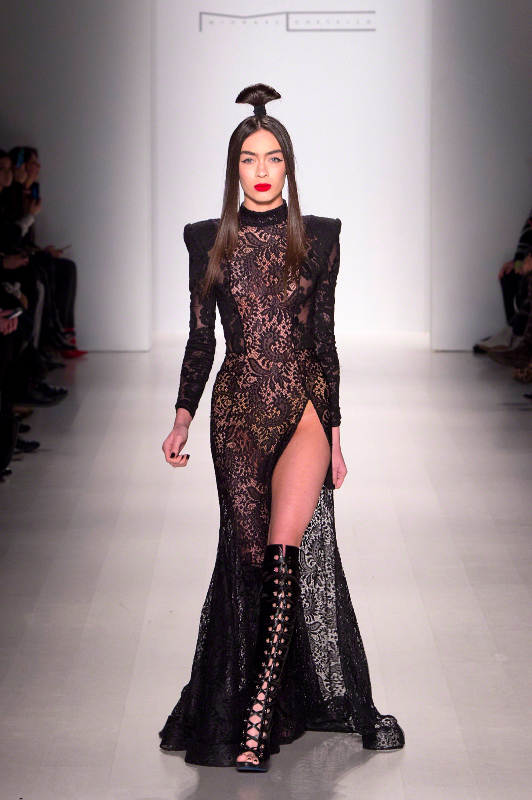 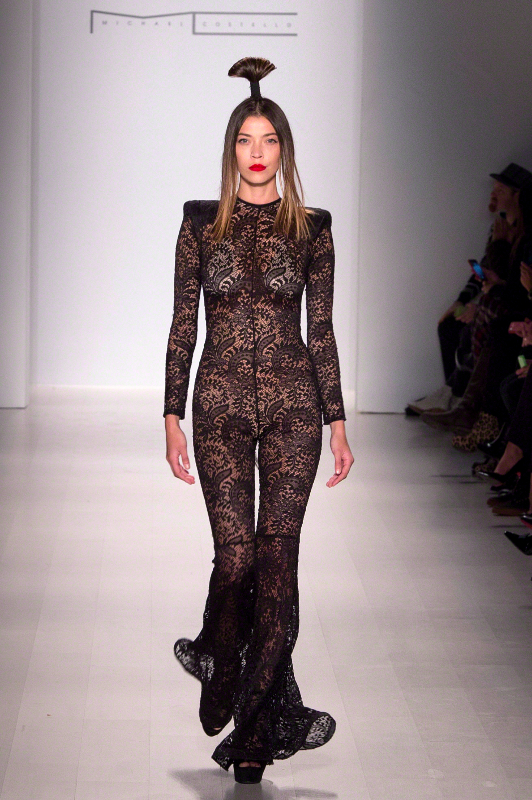 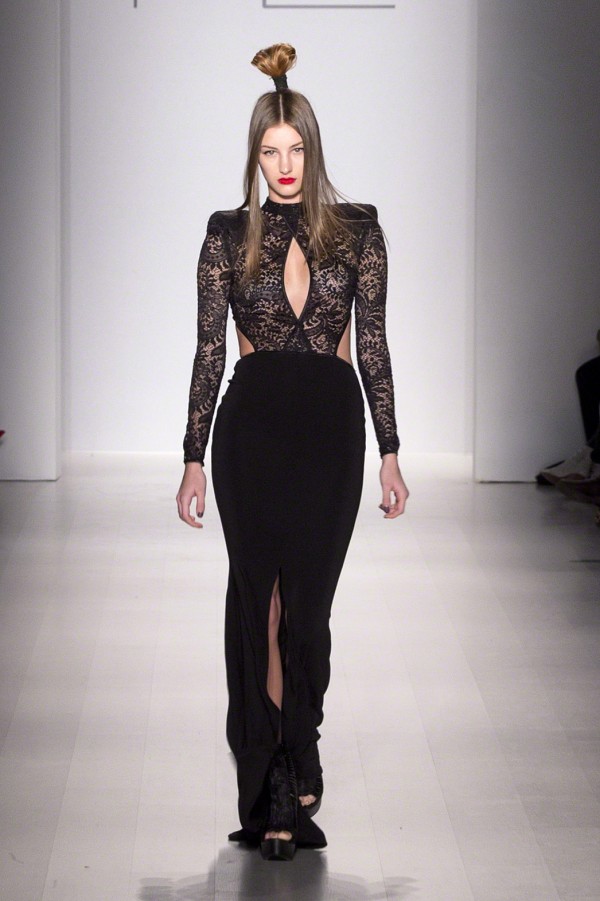 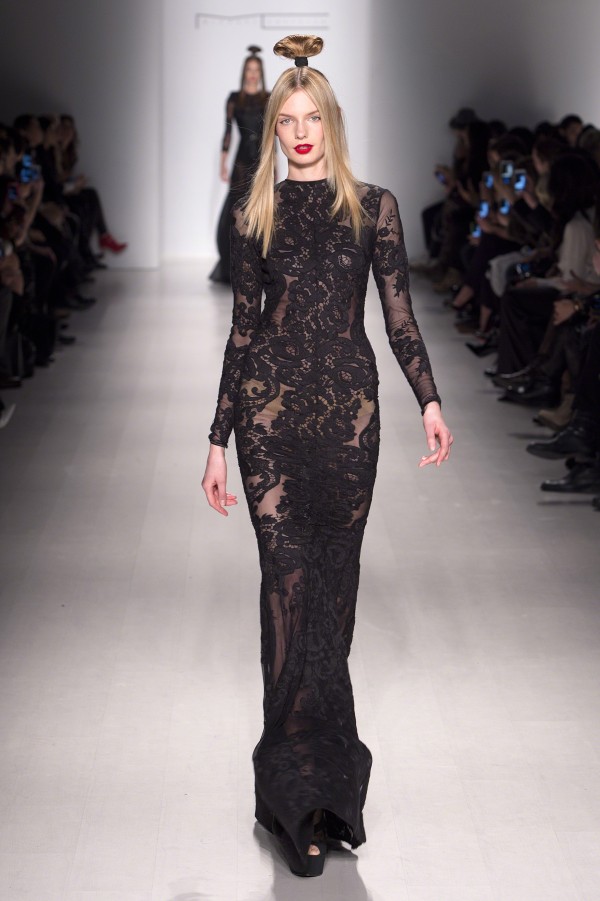 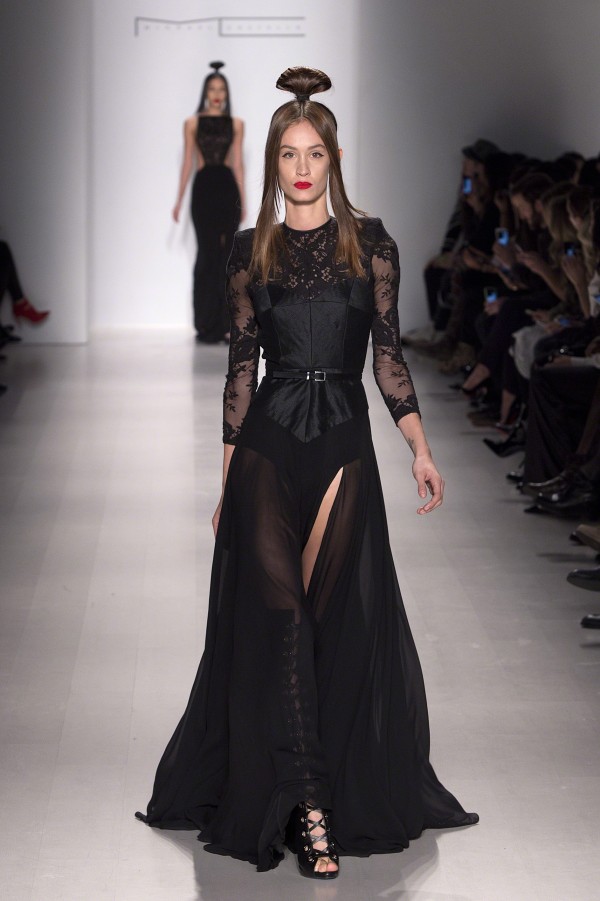