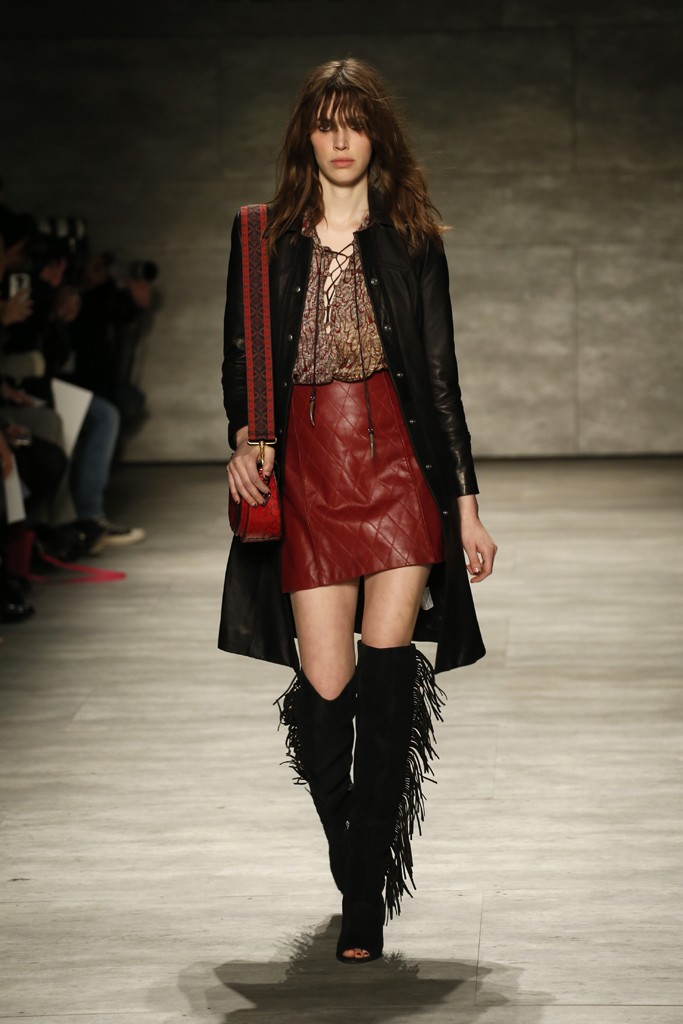 Rebecca Minkoff’s FW 2015 collection captured the rock and roll bohemian lifestyle from days gone by and days we long to live by now.   This Boho meets Soho mix of old rock star cool and modern luxury lines  just hit the mark and we loved it. 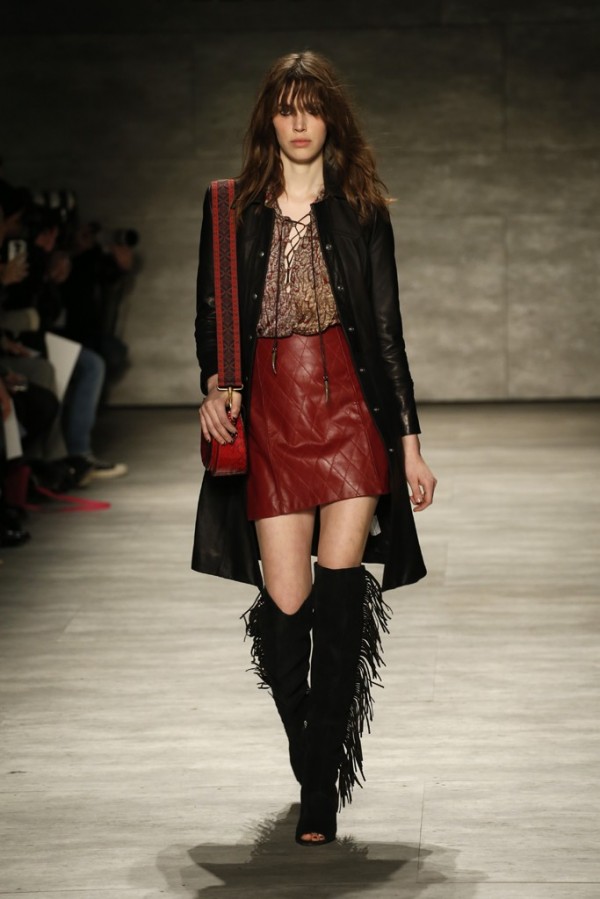 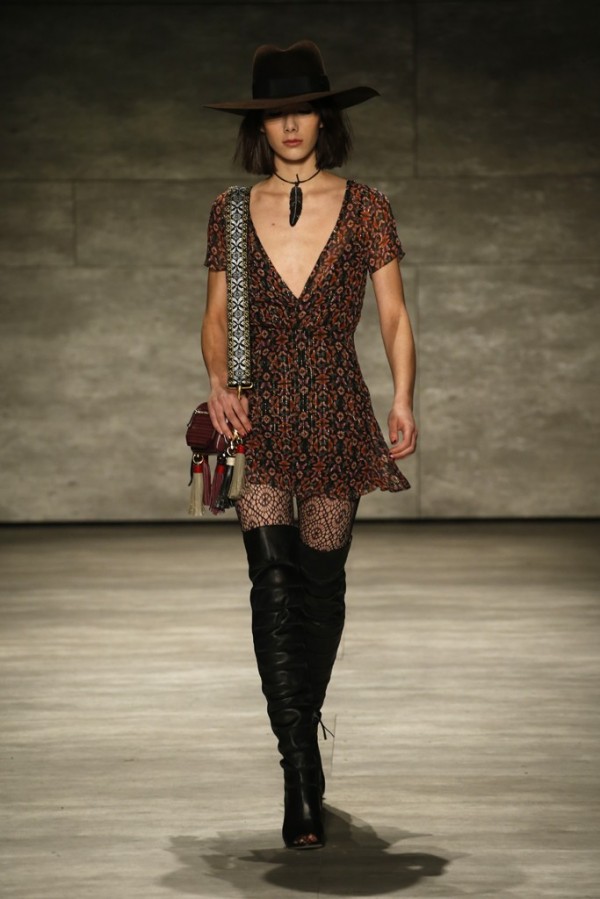 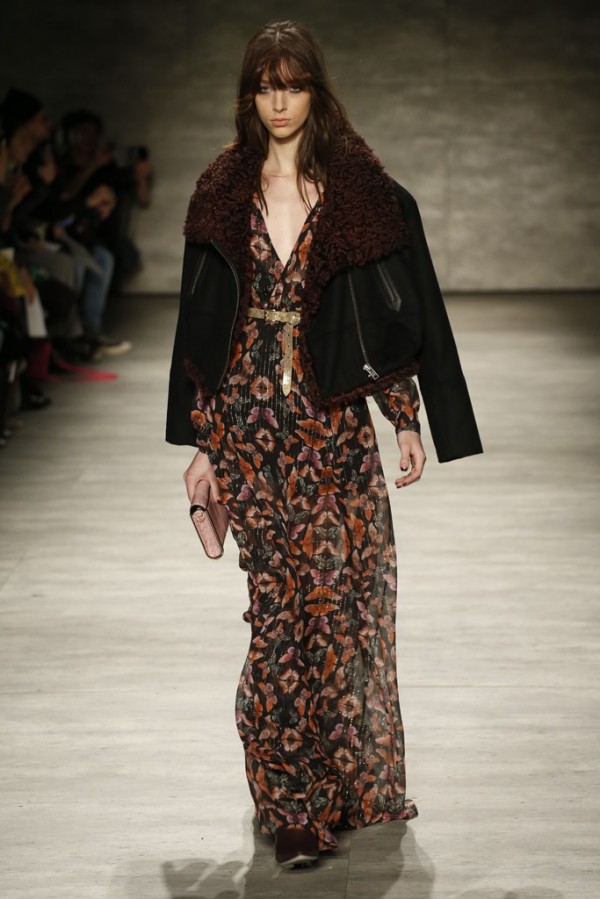 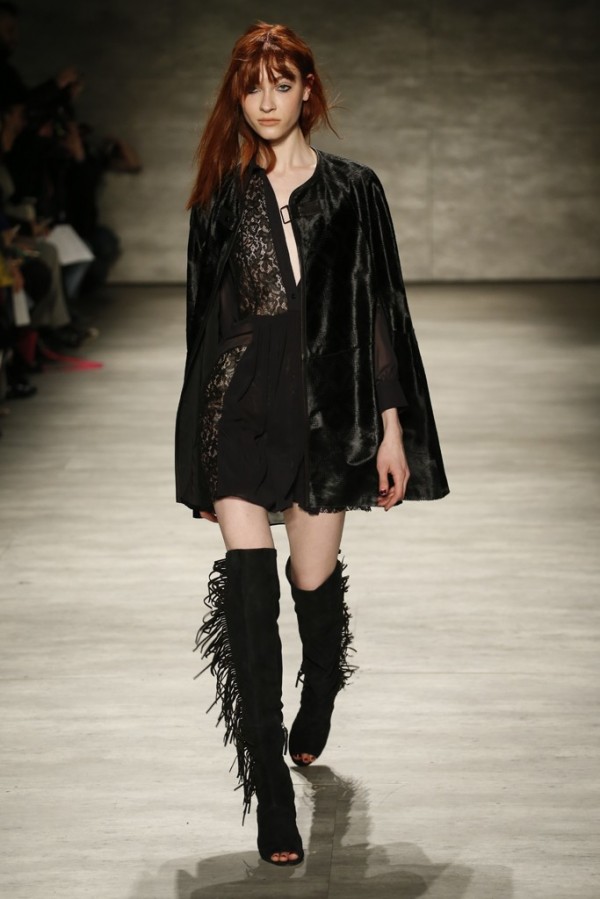 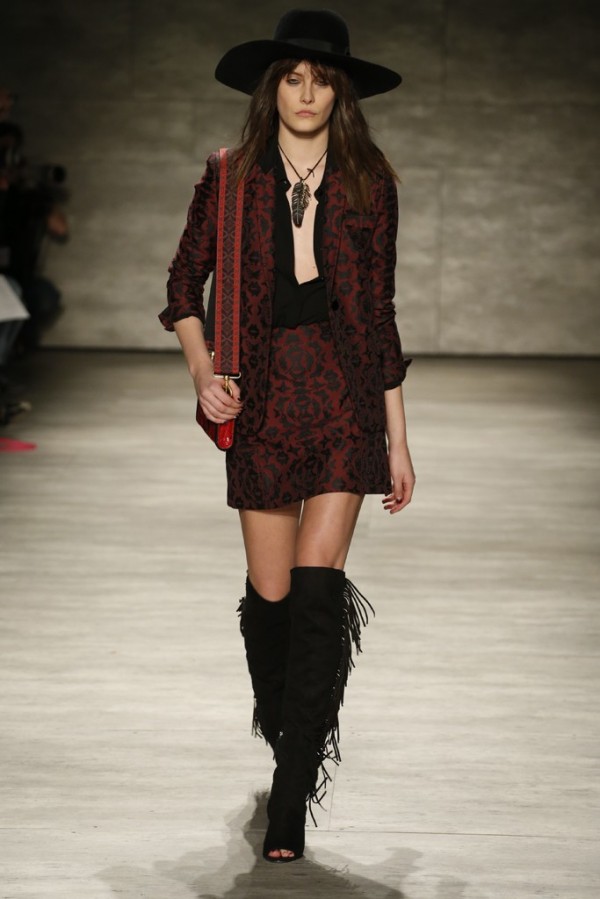 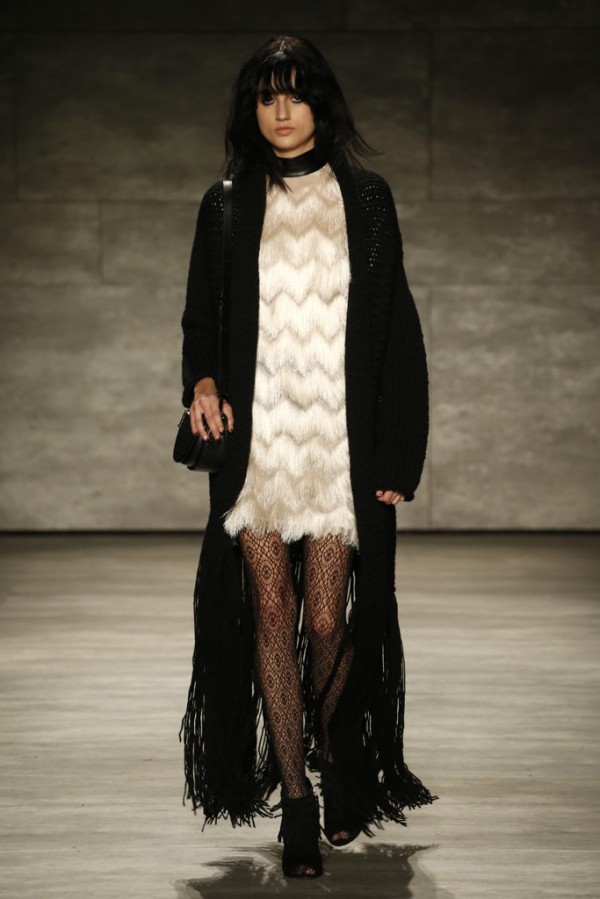 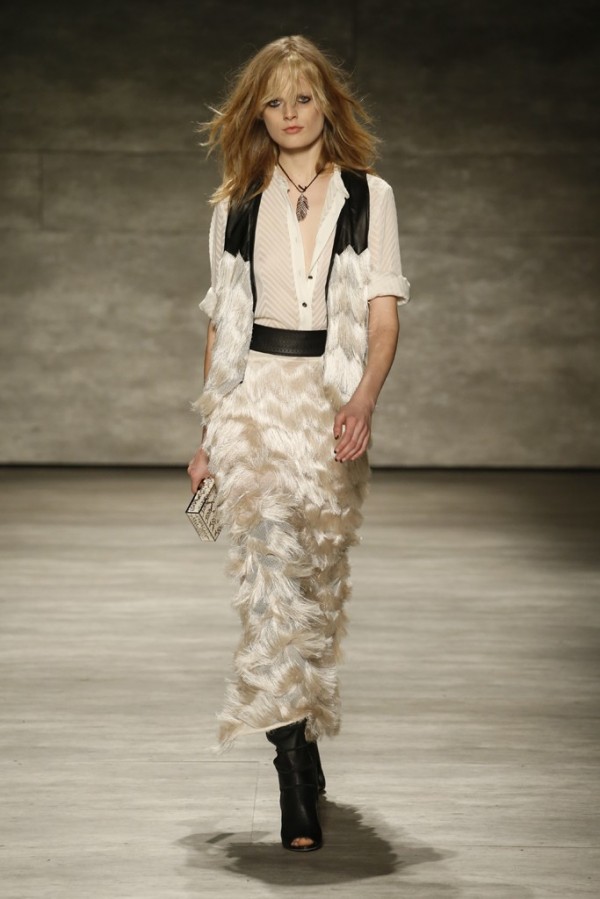 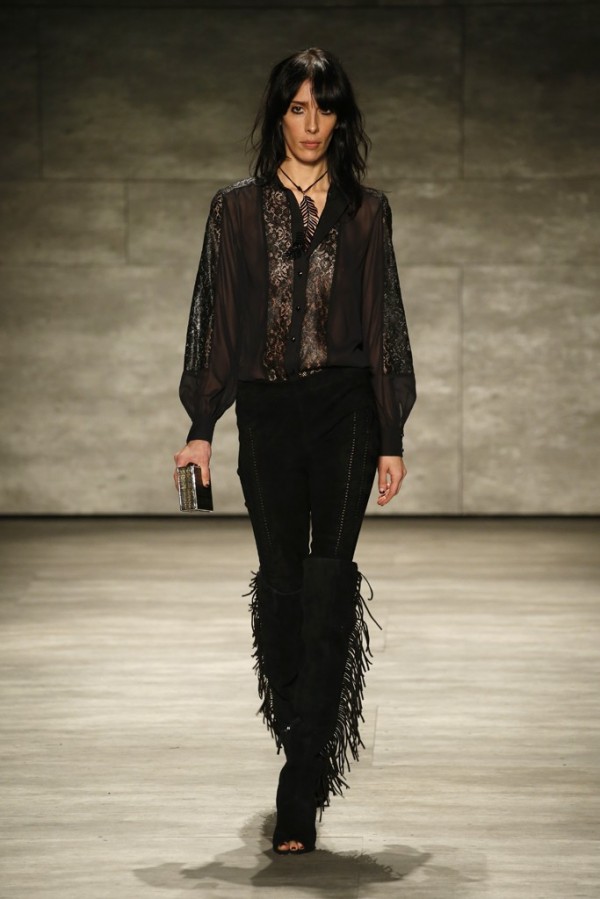 “The ultimate luxury is to be young, in love and beautiful.” That was Rebecca Minkoff’s takeaway after reading the Patti Smith and Robert Mapplethorpe autobiography “Just Kids.” It was also the genesis of her fall show, which celebrated the era of the Chelsea Hotel girls: Smith, Janis Joplin and Grace Slick. Model Jamie Bochert, the modern-day version of  those legends, opened and closed the show, which took attendees on a journey of rich chic classic rocker looks “redelivered” for today’s younger generation.