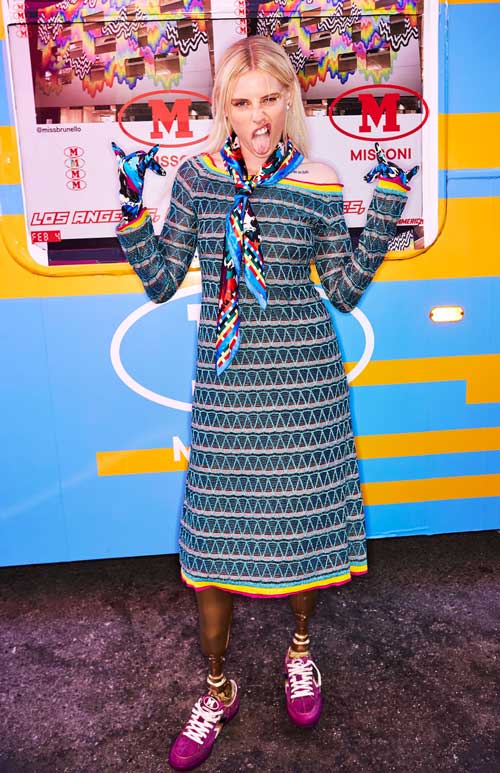 Well, who says Los Angeles is not making a splash on the fashion scene. With New York Fashion week kicking off Margherita Missoni took over the cult takeout spot Pink’s Hot Dogs stand on La Brea for her first stateside presentation of M Missoni and dubbed it “MMerica”.

A colorful zigzag makeover sprawled across the avenue giving an ordinary Tuesday, a block from Melrose, a whole new look! The colors were a nice touch and I give applause for the rebel may care attitude and  the fascinating  people she chose to wear the clothing.. but what about the clothing? Why does everything have to be so ‘ugly’ these days? Where did fashion and elevated styling go?

“We chose L.A. as it’s a place where fashion is not constrained by the rules of the system,” said Missoni of the decision to present the family’s little sister line outside of the Milan Fashion Week calendar. “When I started at M, I felt that all the traditional Fashion Week show rules weren’t necessarily relevant to us. This is not about imposing an idea but creating a dialogue.”

I guess the rules of the system had nothing to do with Missoni’s clothing design being relevant though. What dialog is she trying to convey? Bueller? Bueller?

Well YAY for L.A. for being just unconventional enough that people would attend. Thanks Missoni. 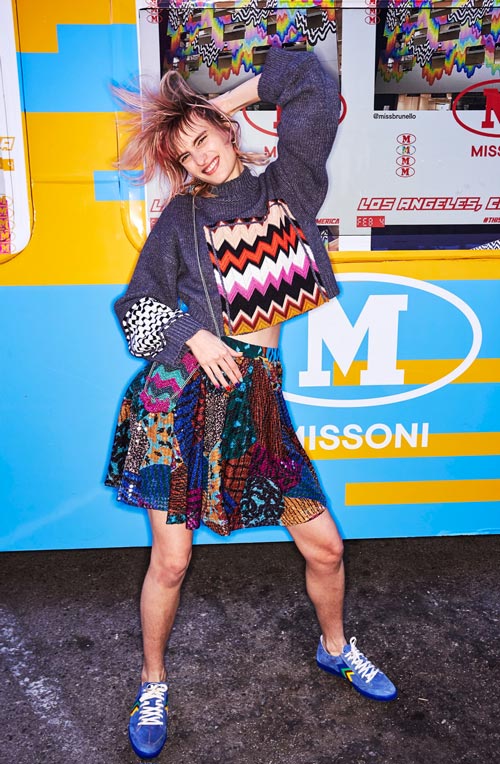 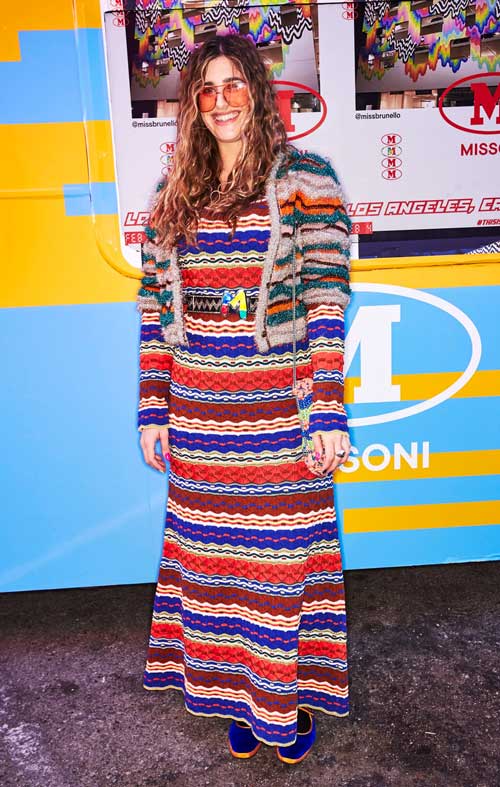 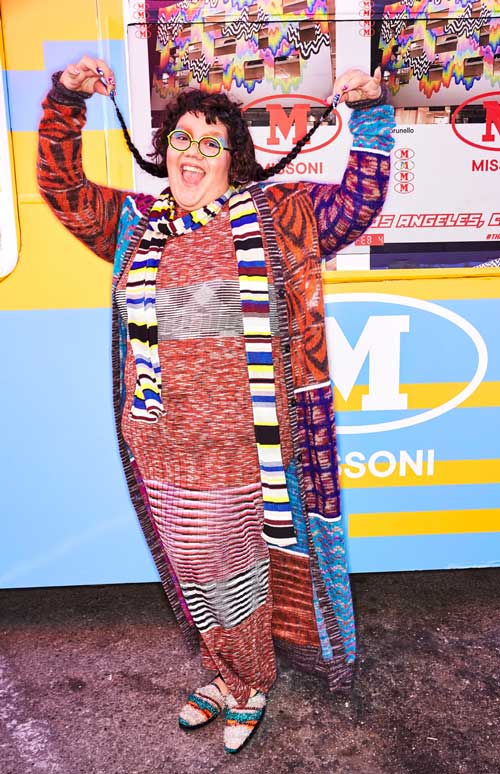