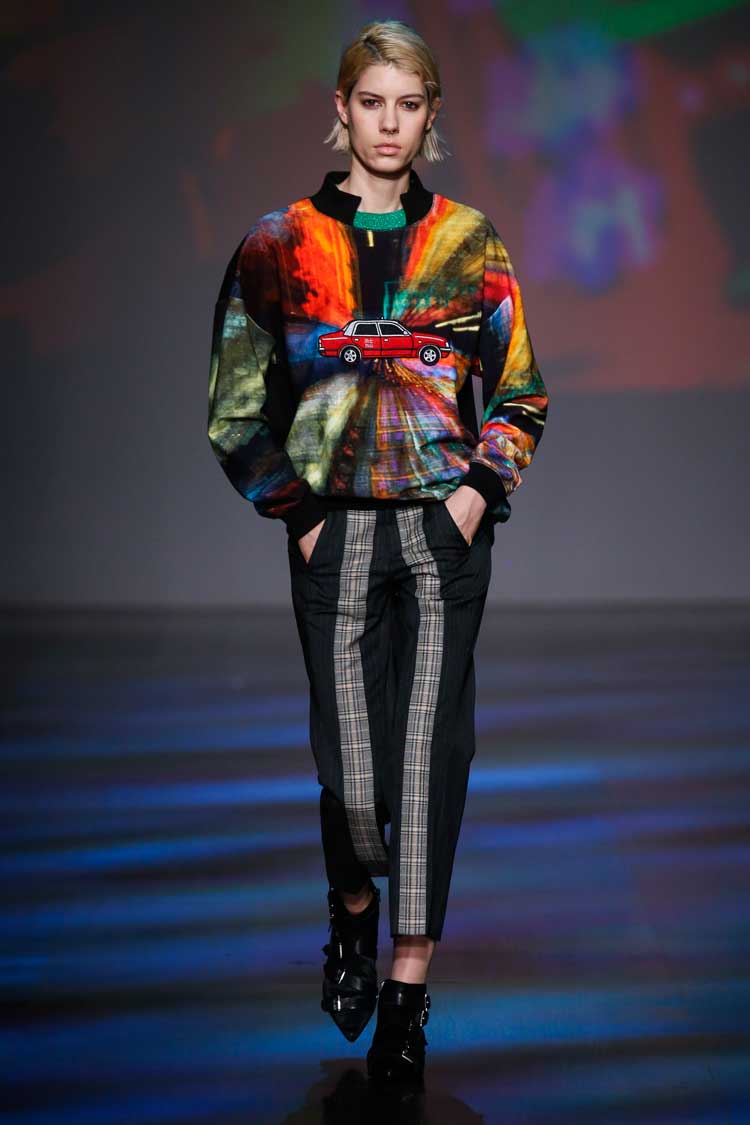 It was bright and eclectic at Vivienne Tam’s F/W collection runway show at NYFW yesterday. Tam says the collection was inspired by the electrifying energy of Hong Kong nightlife, ablaze with neon lights, enveloping this urban jungle in a haze of exciting velocity. Vibrant cityesque projections set the mood as models navigated the catwalk.

Bursts of neon fuschias, greens, purples and midnight blues which Tam explains were derived from omnipresent neon signs and grids that light the skyscrapers of Hong Kong came to life in the pieces.  Extensive ruching in sleeves and leggings coupled with  were reminiscent of early 90s garb.  Complementing the looks were colorful evening bags that double as travel kits for the  cultural explorer. 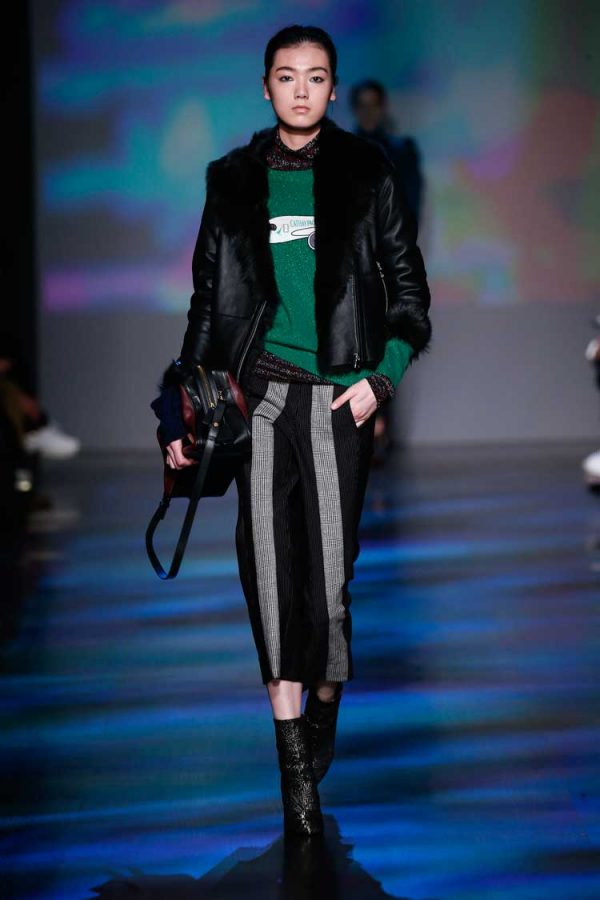 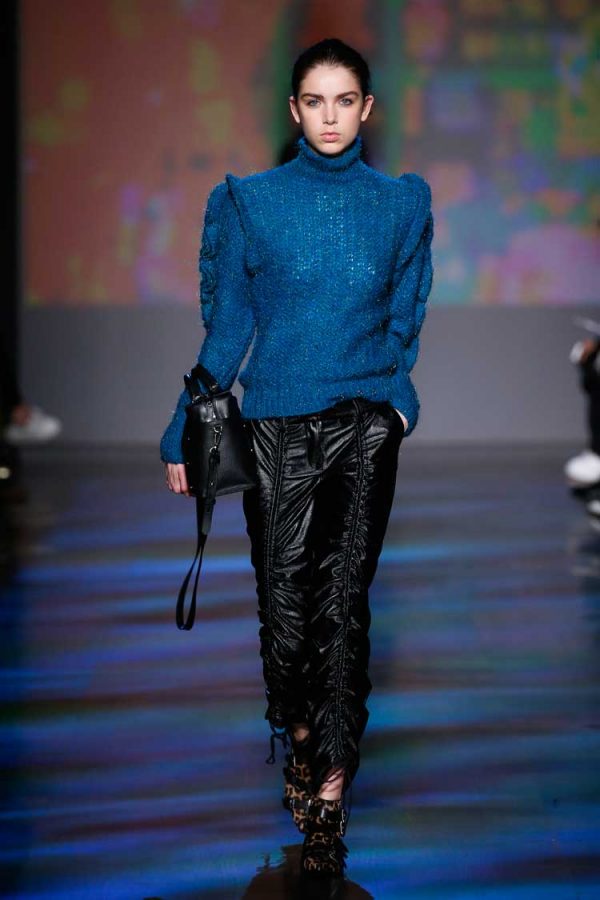 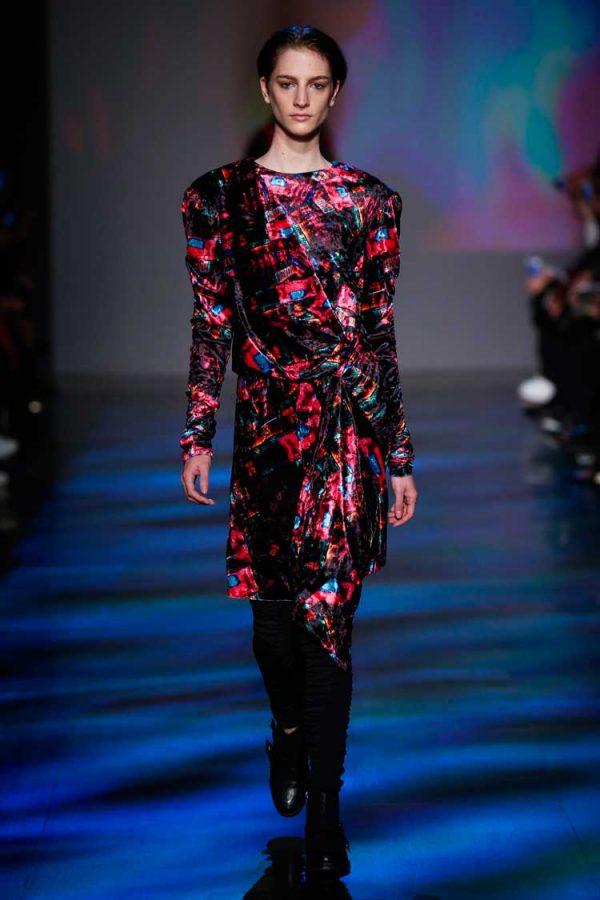 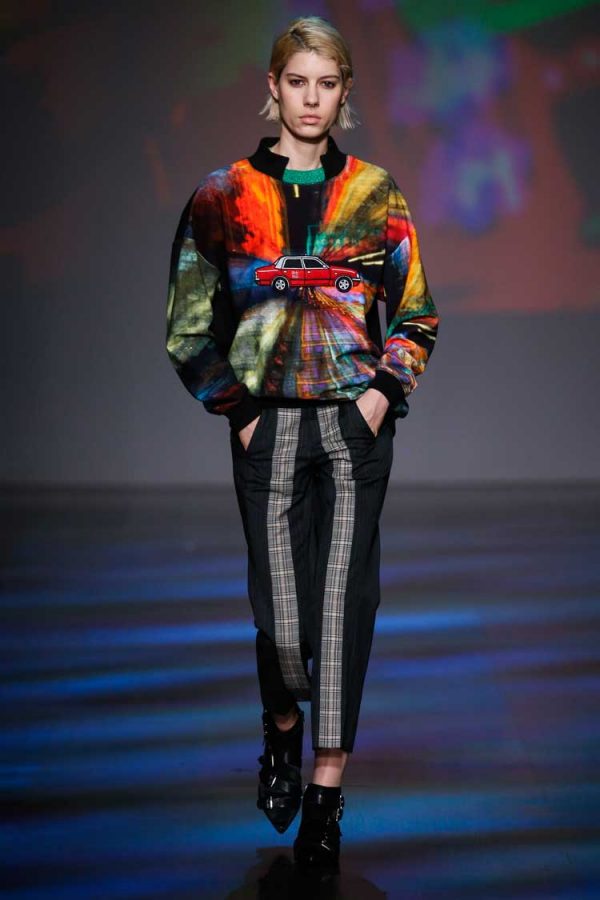 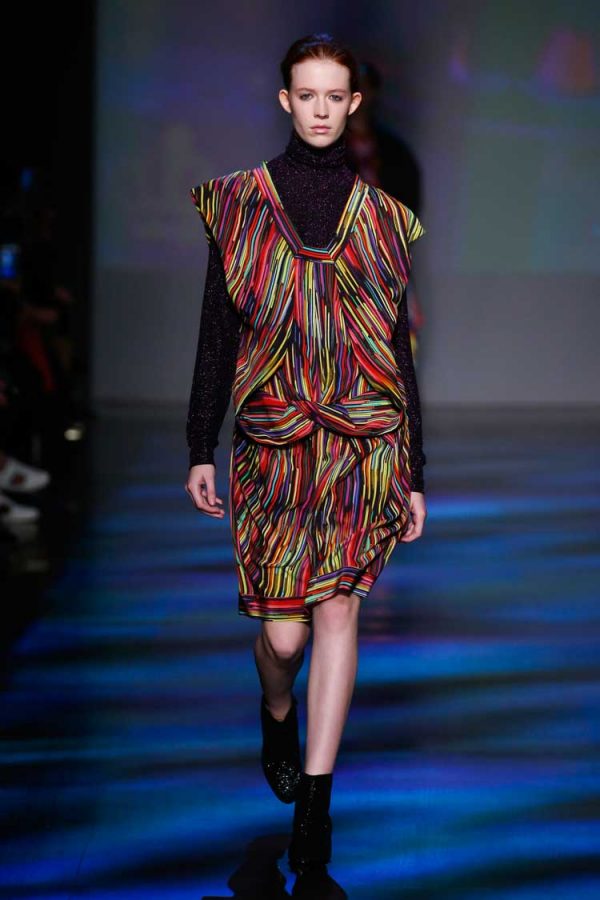