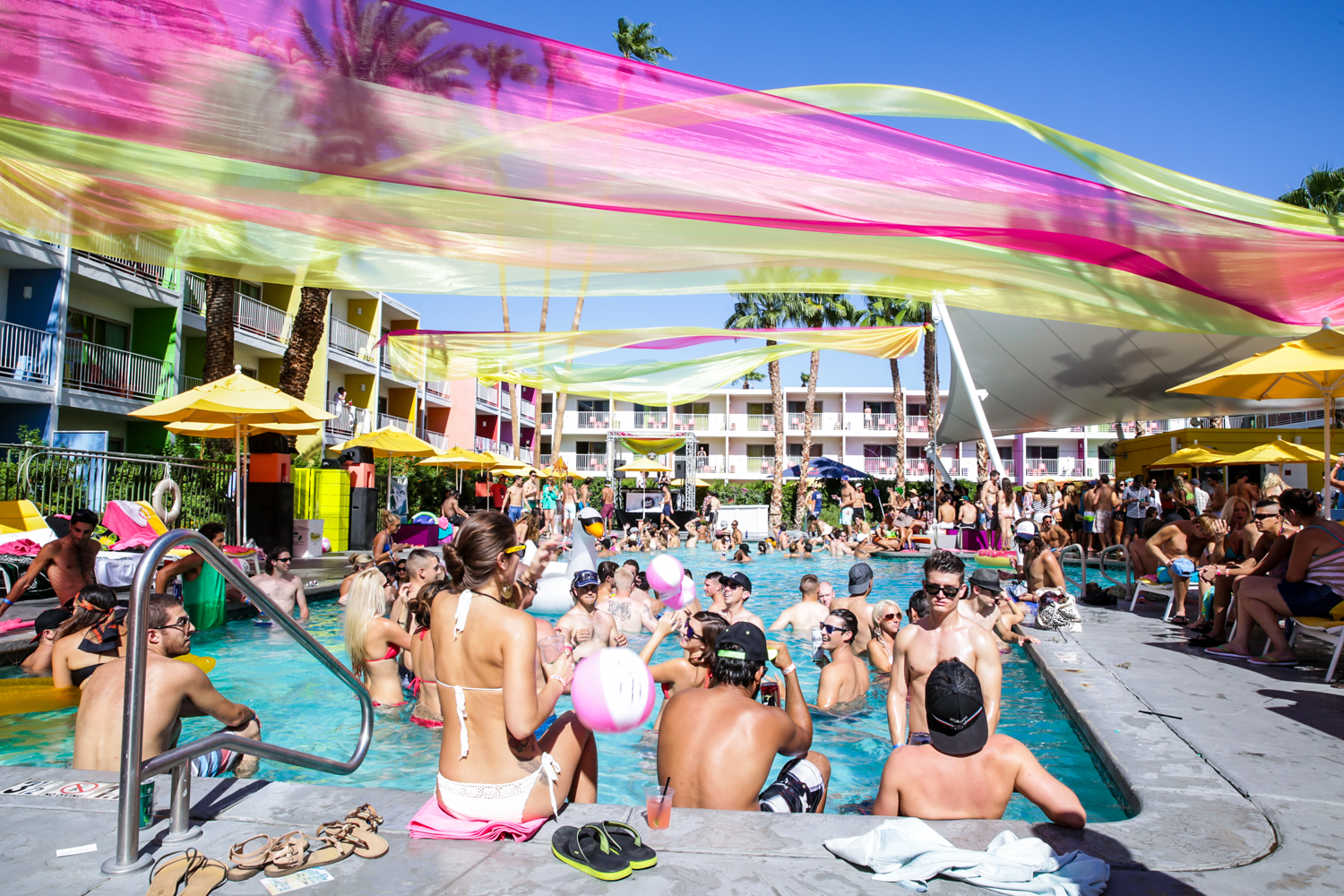 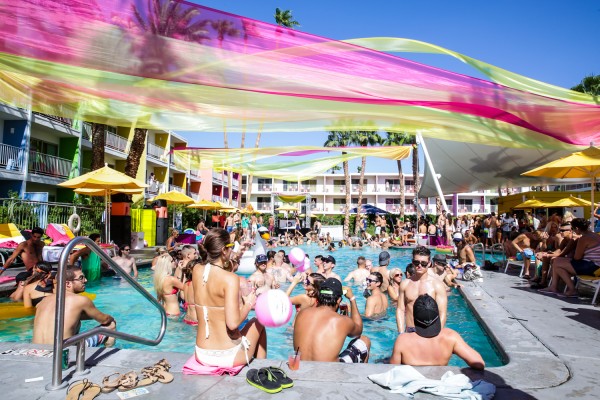 Splash House is a multi-venue pool fest put on by Goldenvoice, the people who bring us Coachella and Stagecoach. They’re kicking off summer with a hot series of day-club pool parties that span across three different venues in Palm Springs, California!
You aren’t going to want to miss the debut of the new Hacienda Beach Club with their sexy jungle red lounge chairs and modern cabanas. The Hard Rock Hotel and the Saguaro Hotel always deliver a great time as we know from previous experience! Going into their second year Splash House will feature deejay sets and performances by an array of indie dance artists – such as Neon Indian, RAC, Toro Y Moi, Tycho, Bag Raiders, Penguin Prison, Purity Ring, Moby, Little Boots and Jason Bentley. 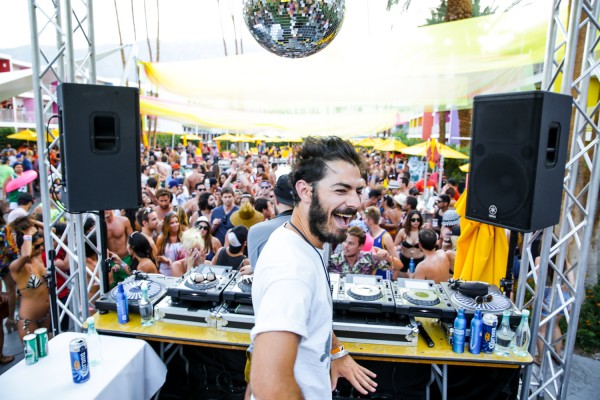 “One of headlining acts is Anna Lunoe, (pictured) fresh from her successful run at Coachella in April. Best known for her dreamy 2012 hit “I Met You” featuring Flume, the deejay and producer said “There is no other music event quite like Splash House in the calendar,” she says. “It’s in set the middle of the desert at various picturesque locations. Its focus is around deeper side of electronic tastes and the people who make the pilgrimage out to the desert for it go ready to party. This will be my second year and I can’t wait.” 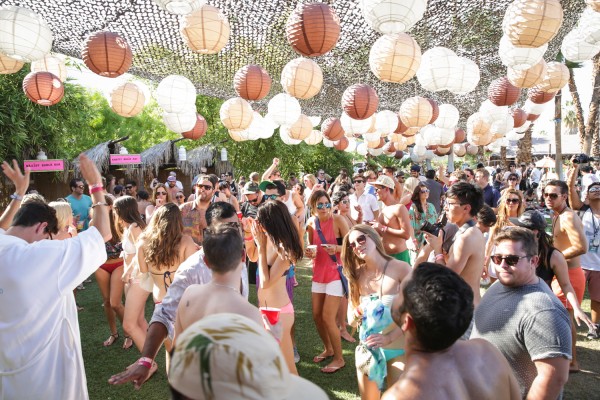 Attendees can access the three pool parties thanks to shuttles, which continually run between the venues. Partygoers must be 21 and over. Tickets: http://splashhouse.frontgatetickets.com.
http://player.vimeo.com/video/73404964