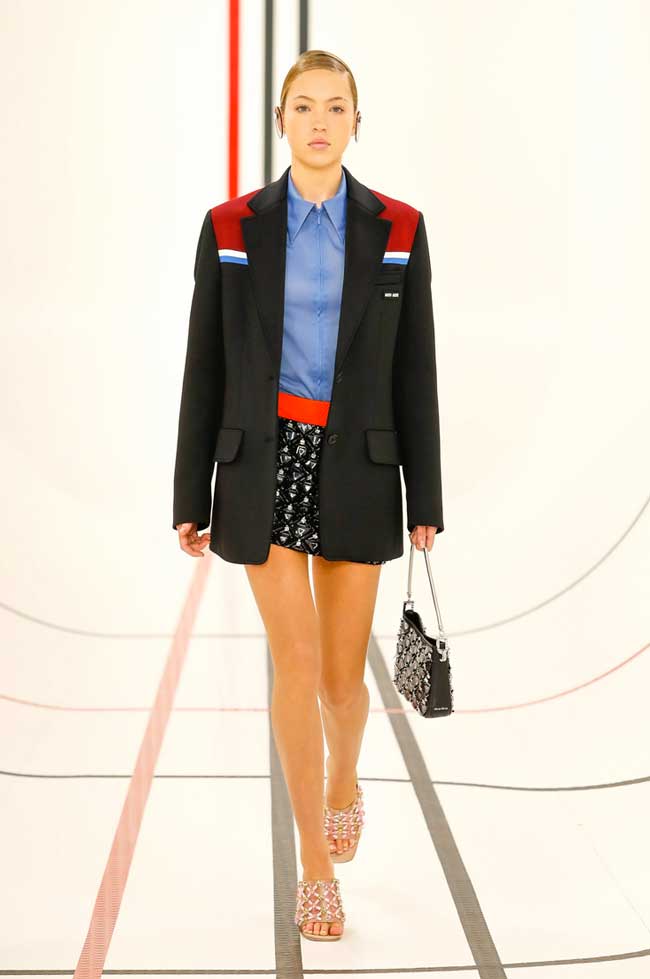 Miuccia Prada set out to celebrate the communal spirit of girlhood. So many young people have been affected by this pandemic.  As adults we forget the tweens and teens are being robbed of a senior prom, a teenage love affair, getting in trouble, dating the wrong person, being a cheerleader, not being a cheerleader, defining your style, not caring about a style, wearing a uniform or not wearing one.  Our youth defines our future and gives us memories to reflect upon. The limitations caused by the pandemic have been tough on the youth.

Livestreamed from Milan, the show set imagined a cyber-spacious sports arena covered in screens with the—also livestreamed—faces of Miu Miu poster girls watching the show, including Elle Fanning, Chloé Sevigny, and various influencers and opened by Lila Moss (the 18-year-old daughter of Kate).

The collection captured the accidental uniforms of young people. Too under-construction to have developed the dress codes that shape their wardrobes later in life, the youth’s uniforms materialize around the duties and pastimes that the pandemic took away from them this year. It’s a wardrobe suspended between the extremes of the hyper-casual and that stilted sense of formality you get from a prom photo. “Polarity. These are polar times,” as Prada said in a statement after the show.