It wasn’t a coincidence that men’s suiting became such a prominent feature on most FALL runways. But Miu Miu Prada has always presented a strong feminine personality one way or another. This year, suiting.  “We can be strong and feminine at the same time…women carry the weight now.” Backstage tonight Miuccia Prada was insistent: Delicacy and frivolity are not antithetical to power.Prada, for her part, sees glamour as “something that makes you optimistic, that lifts you up.” 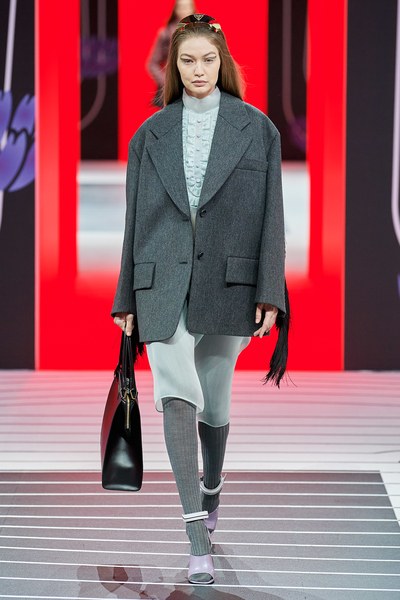 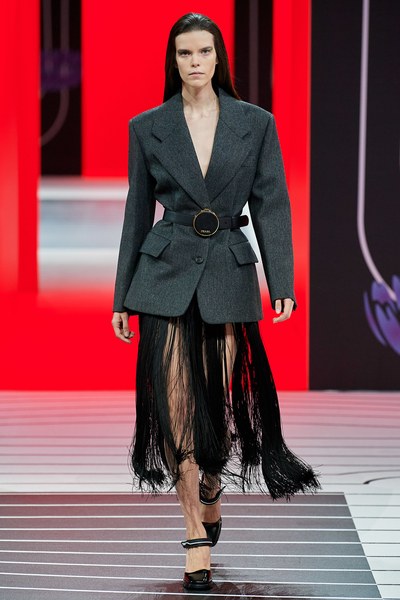 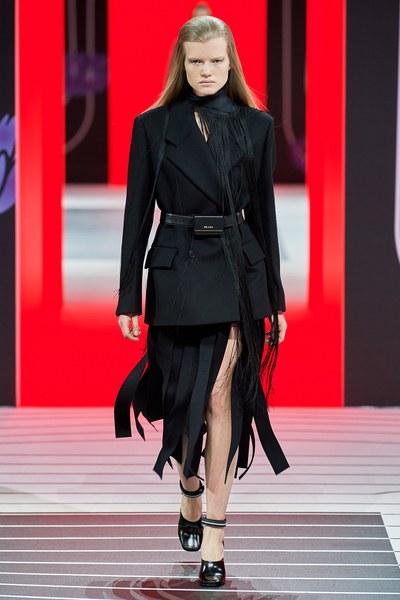