Shayne Oliver of Hood By Air is  aware of this. His posse of club kids and art-world friends were joined by some pretty high-profile faces at the show today, including Naomi Campbell, Jaden Smith, will.i.am, and rappers Rick Ross and Juicy J. Dedicated HBA fans will know that Oliver’s talents go beyond the runway—with an album made in collaboration with London-based electronic producer Arca in the pipeline for fall, he’s adding musician credits to his résumé.

Founded in 2006 by Shayne Oliver, Hood by Air is a cult-favorite fashion brand. Provocative and audacious, the brand’s work subverts traditional divisions between authentic and global, shared male and female, insider and outsider, art and commerce. 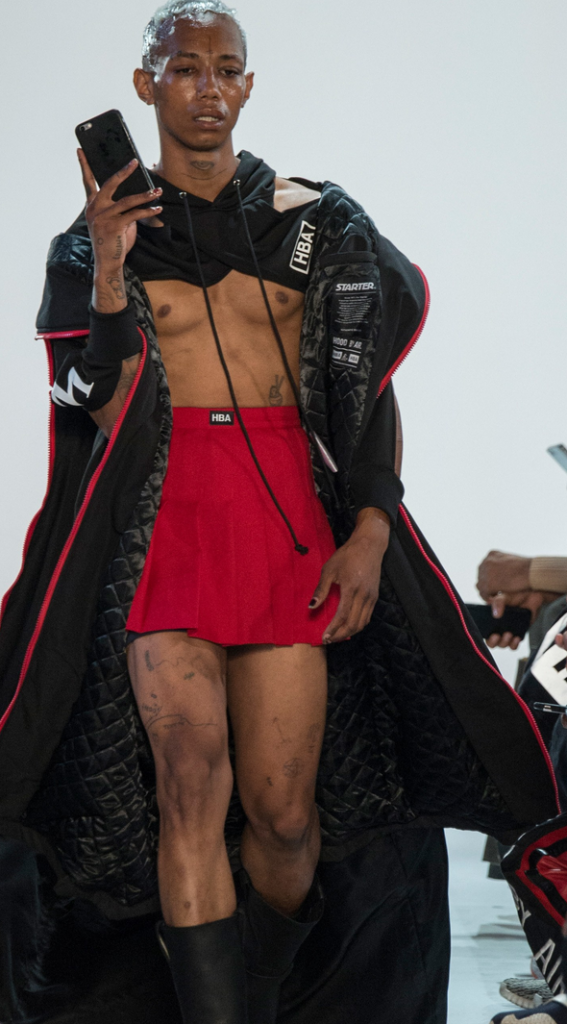