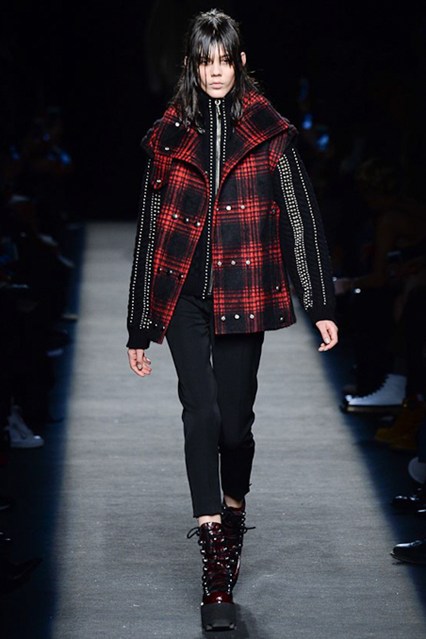 The edginess was real on the Alexander Wang runway this Saturday at NYFW. Black, beading and sheer panels featured heavily in Wang’s latest creations, which appeared to hail all things grunge.

The first three minutes of the show featured solid all black ensembles, before eventually being broken up by a flash of red in the form of two checked pieces.  All models wore heavy soled black lace up boots and sported grunge greased hair as they strutted the catwalk in pieces reminiscent of the highly influential 90’s grunge movement.
Baggy and over-sized was the fit of choice for the majority of the collection, with the exception of the sheer panelled pieces, unveiled just before the close of show.

Wang himself took to the runway after the final walk in a black and white checked shirt and dark pants, mirroring the theme of his latest collection. Grunge doesn’t get more chic than this! 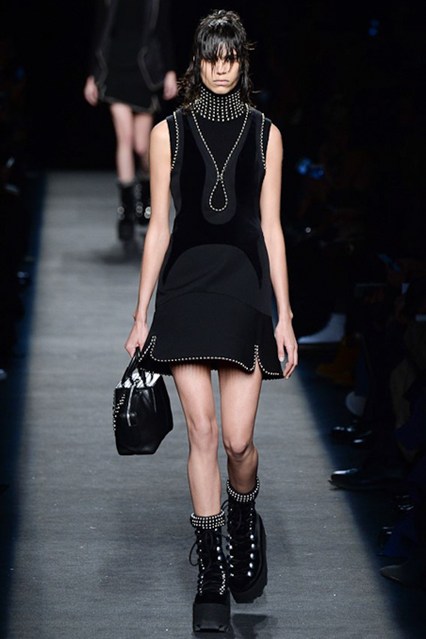 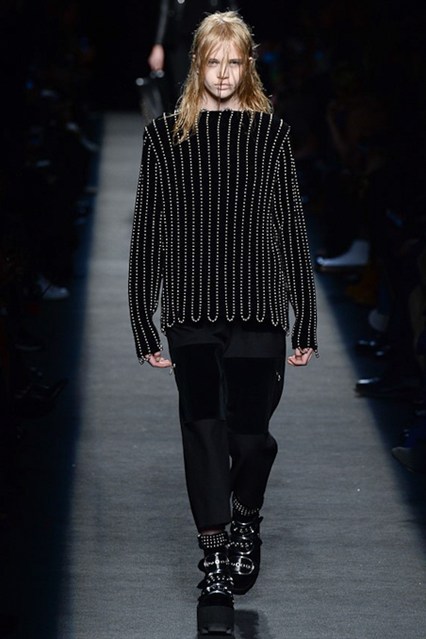 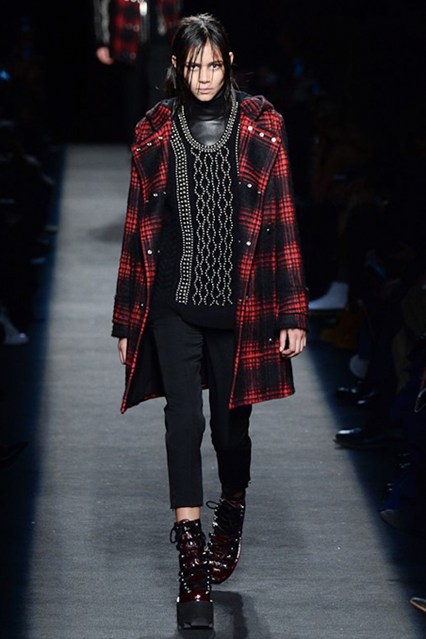 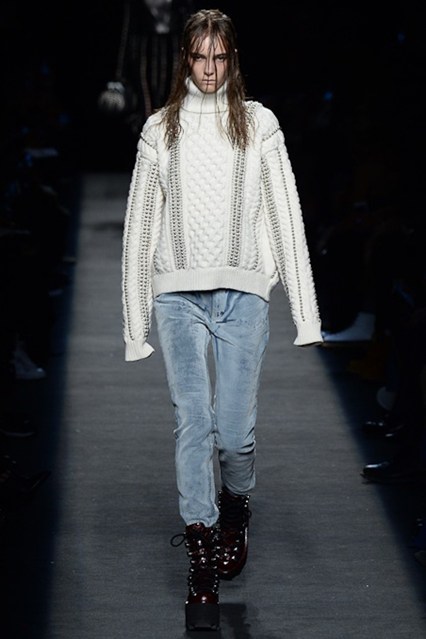 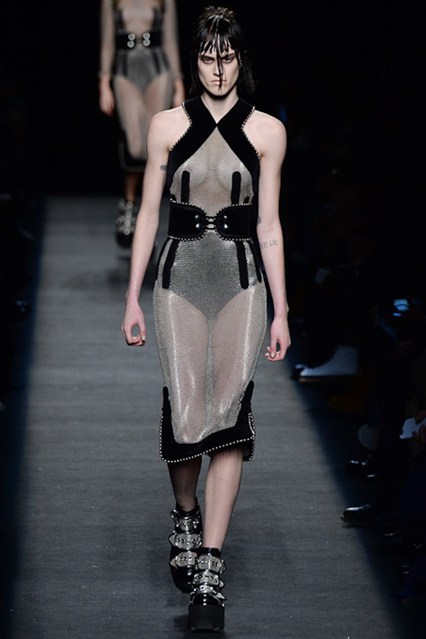 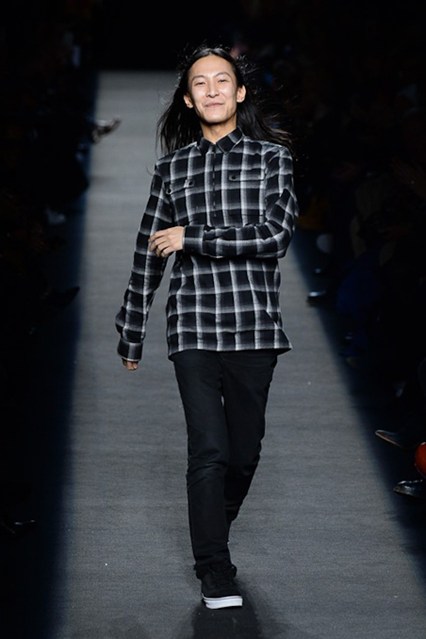 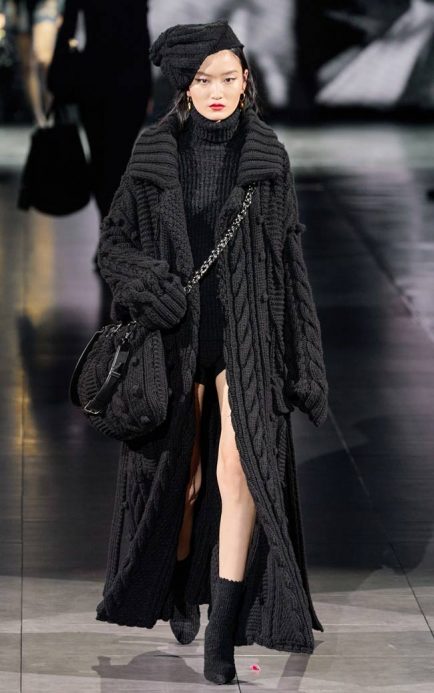