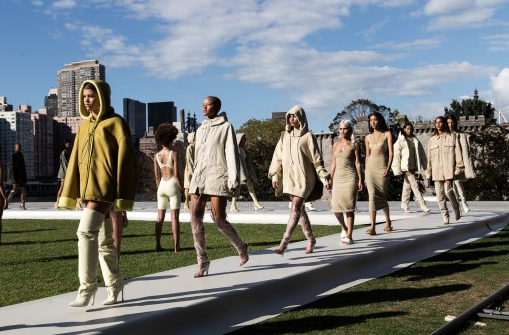 YEEZY BREEZY not so much

As the heat of NY pulsed down upon us…we waited.  And then waited some more for Kayne West to kickoff New York Fashion Week.  Kane West’s Yeezy Season 4 show was held at the Franklin D Roosevelt Four Freedoms Park yesterday on Roosevelt Island.  Four Freedoms Park,  is a memorial which celebrates the four freedoms FDR put forth in his 1941 State of the Union: the freedom of speech, the freedom of worship, the freedom from want, and the freedom from fear. West’s selection of the venue was obviously intentional, a political statement if you will. Coming from someone with as big a reach as West has, it’s a powerful message, one that was unfortunately diluted by the mismanagement of the event. Sure, we’re use to waiting, but after the long hike to get there and the sticky heat, bottled water would have been a nice touch. Just saying.

The journey to get there had options.  Shuttles departed at 1:30pm from 601 W. 26th Street almost as  far away as you can get from Roosevelt Island.  An hour and a half later, the bus riders joined those who took the tram across the East River or traveled in private cars at the entrance to the park, where we waited in the shadeless 83 degree heat. The official start time was 3:00 p.m., but we took our seats more than an hour later, not long before West’s extended family made their entrance at around 4:13—it was another 20 minutes or so before the first model hit the runway.Some editors actually left thinking the random placement of barely clad models scattered about were the show. No, they were not. They were an art installation.

Oh yes the runway. Styles were consistent of previous collections based on surplus basics, knits of many kinds, and sneakers.  There were lots of closet staples for Kanye’s  fan support and otherwise. The boots, meh…needed some definite work. Perhaps when he figures out how to hire a team to execute a proper show he can find someone to work on those boots as well. Models stumbled and some removed them a hot mess all around.

You big the judge in your comfortable air conditioned home.  This editor is out. 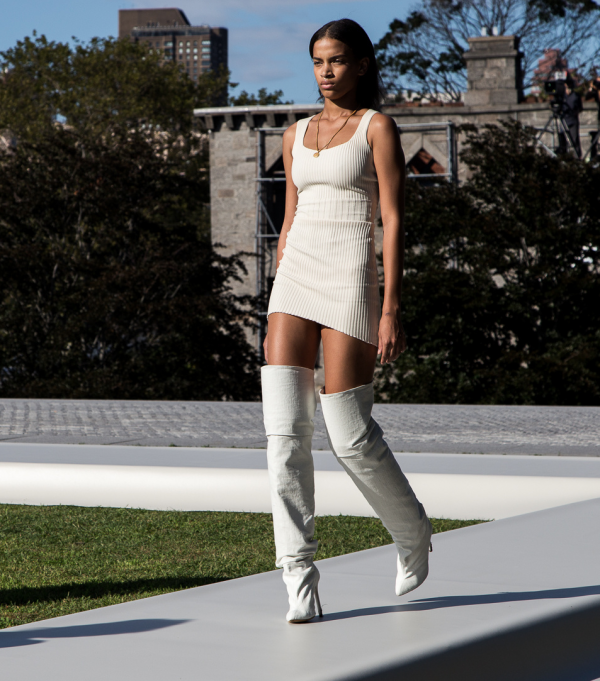 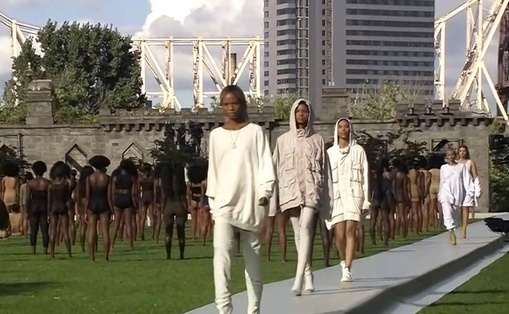 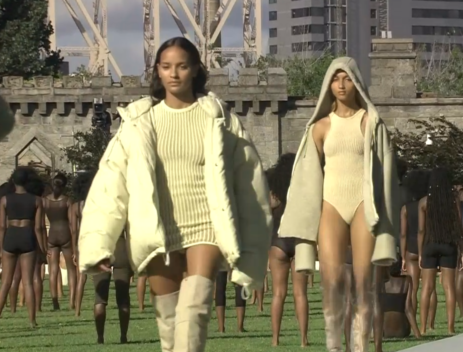 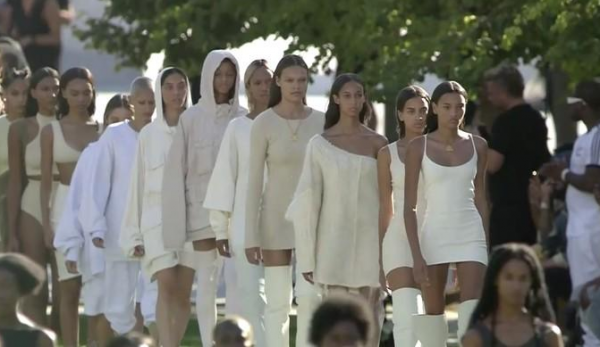 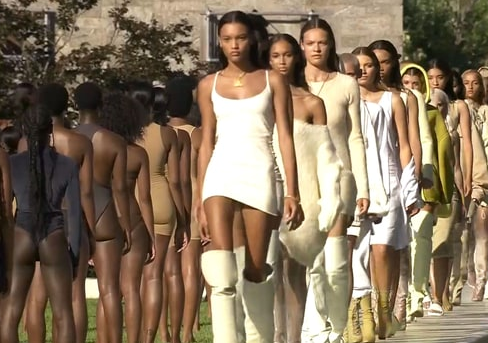 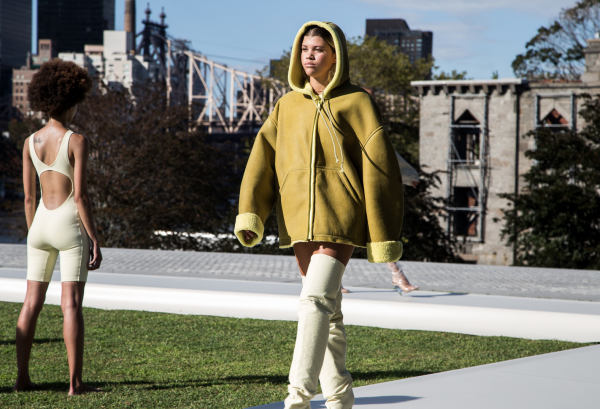 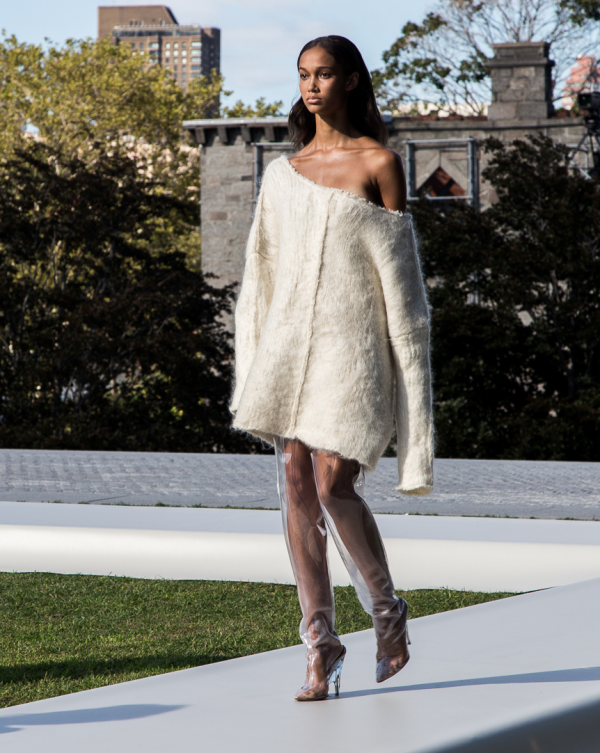 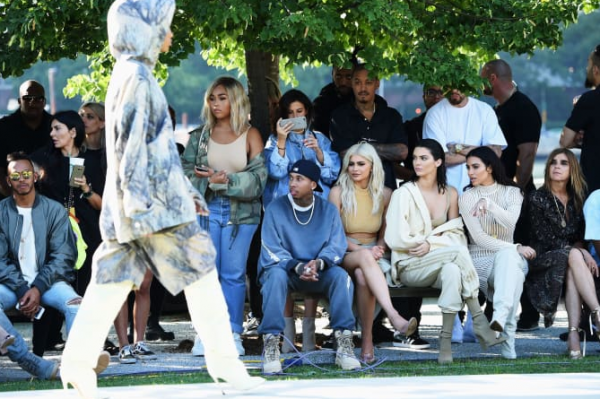